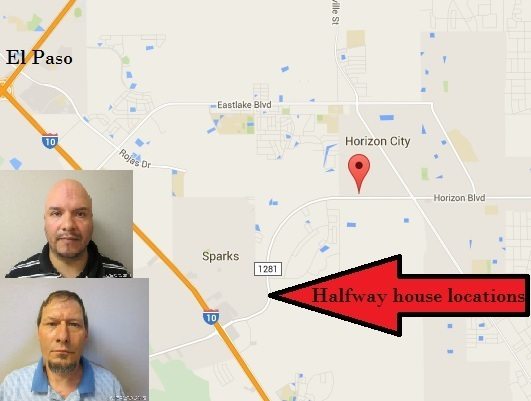 On the heels of a recent spate of sex offenders not returning to their facility just outside of El Paso, Sheriff Office officials announce the capture of one of the fugitives.

According to officials, Guerra was allowed out on a pass to his place of employment, but never returned to the facility. EPCSO officials say that Guerra surrendered to Deputies at the El Paso County Detention Facility on Tuesday, August 25th, 2015. He was taken into custody on a parole violation warrant and an additional charge of sex offenders duty to register is pending.

At  the same time, EPCSO officials are asking the public to be on the lookout for Timothy Harper. Harper left his facility, located right next door to the one mentioned above, at 1700 Horizon Boulevard, on Saturday, August 22nd.

Harper  is now wanted on a Parole Violation and an additional charge of Sex Offenders Duty to Register is forthcoming. His previous charge was for Sexual Intercourse without Consent, as the victim was an 11-year-old female at the time of the offense. He is also on Parole for Failure to Comply with Registration Requirements.

EPCSO officials say if the public has any information on the location of Timothy Harper, they can call the Sheriff’s Office at 915-546-2280.