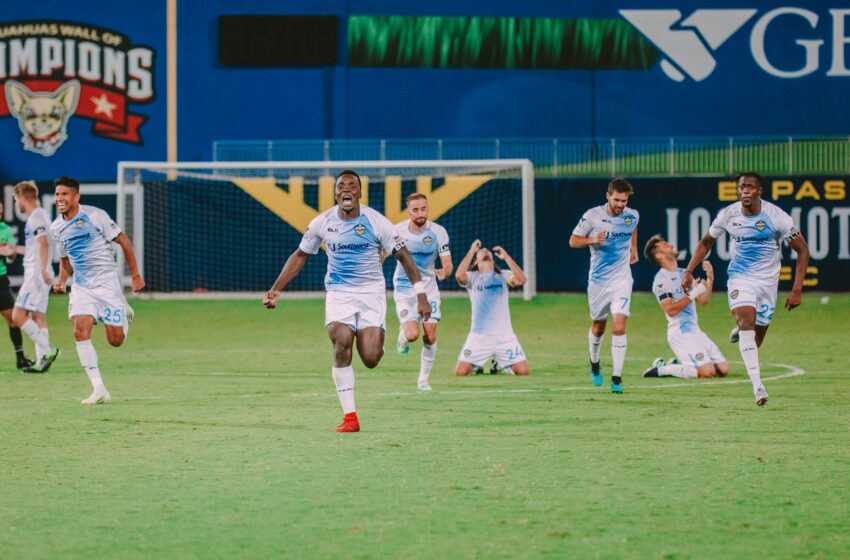 Locomotive’s third USL Championship campaign features 32 games – 16 home, 16 away – over the course of 26 weeks beginning with a home opener at Southwest University Park on May 8 against its regional rival New Mexico United.

Locomotive is set to build off two successful first years that culminated in back-to-back Western Conference appearances in the USL Championship.

For the first time in club history, the Locos Blue will take on teams from the Eastern Conference, playing Sporting Kansas City II on the road in Kansas City on May 30 and hosting Indy Eleven at Southwest University Park on June 9

The Copa Tejas – a supporter-run tournament – makes its triumphant return in 2021, as Locomotive kicks off its run in the round-robin tournament at Southwest University Park on May 22 against RGVFC. The Sun City Club will first play against the reigning Copa Tejas champions Austin Bold FC on June 3 and its San Antonio rival on July 28.

The Copa Tejas culminates on October 30, when Locomotive closes out its 2021 Regular Season run against the Toros in Edinburg, Texas.

Fans can also lock in their seats for the full 2021 Locomotive season by becoming a Season Ticket Member via the club’s website or by calling or texting 915-235-GOAL.

The full 2021 El Paso Locomotive Regular Season Schedule, presented by Southwest University, Estrella Jalisco, GECU, Helen of Troy, The Hospitals of Providence, and Texas Tech Physicians of El Paso, can be found below: 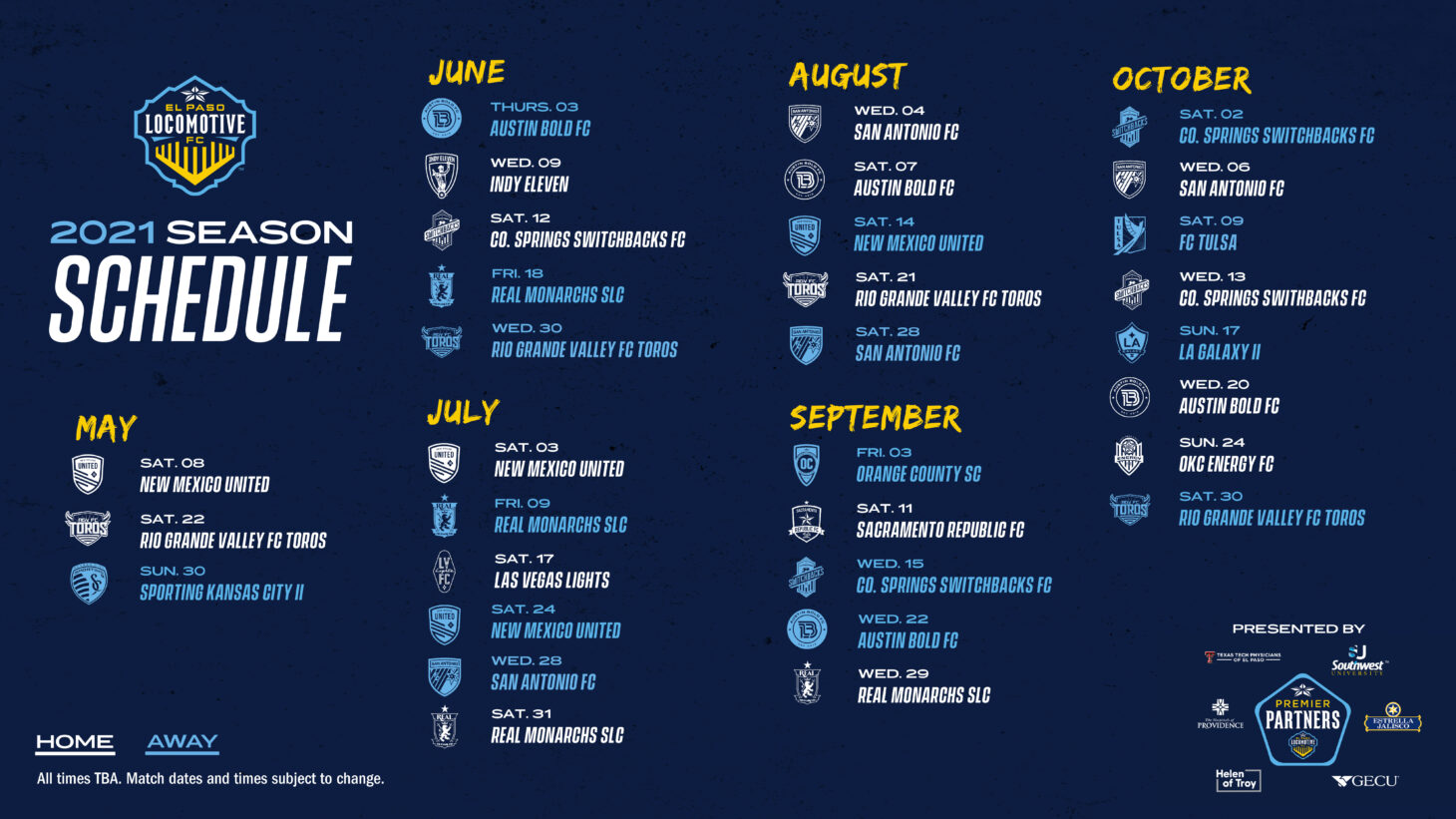