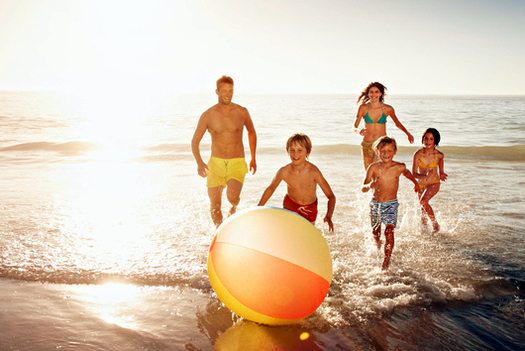 CHRISTI, Texas – Right around the 4th of July holiday is one of the most popular times for vacations, when many Texas families pack up and head for the lake or the beach to beat the heat.

Anyone who spends too much time in the hot sun can fall victim to a heat-related illness, especially people who aren’t used to extreme heat and humidity.

Dr. Don Bucklin, regional medical director for U.S. Healthworks, says normally, your body cools itself off by sweating – but during hot weather, particularly with high humidity, sweating sometimes isn’t enough. He says hydration is the key.

“You have to be ahead on hydration,” he says. “You can’t wait until you’re really, really thirsty, or feel sick and then hydrate, because you’ve already waited too long.”

When heat illness hits, he says, cramps are usually the first sign, followed by intense sweating, nausea, and headache. Heat stroke, also known as sun stroke, is the most dangerous and happens when a person’s internal body temperature starts to rise.

Bucklin says it’s best to hydrate with water or sports drinks that replace electrolytes – and to avoid sodas, beer and other forms of alcohol.

He says some people are more susceptible to heat illnesses than others, including those working outdoors, folks who are very young or elderly, and those who are overweight. Concerns also increase for chronic alcoholics and people who take some types of medications.

“Certain tranquilizers, certain antihypertensives make you more susceptible to it, because they change the fluid balance in your body,” he explains. “The other thing is, if you are older, your fluid system is less tolerant of big swings.”

People who have a heat stroke have body temperatures that can reach 104 degrees and higher. Bucklin says in those cases, it is a medical issue and a trip to the emergency room is mandatory.