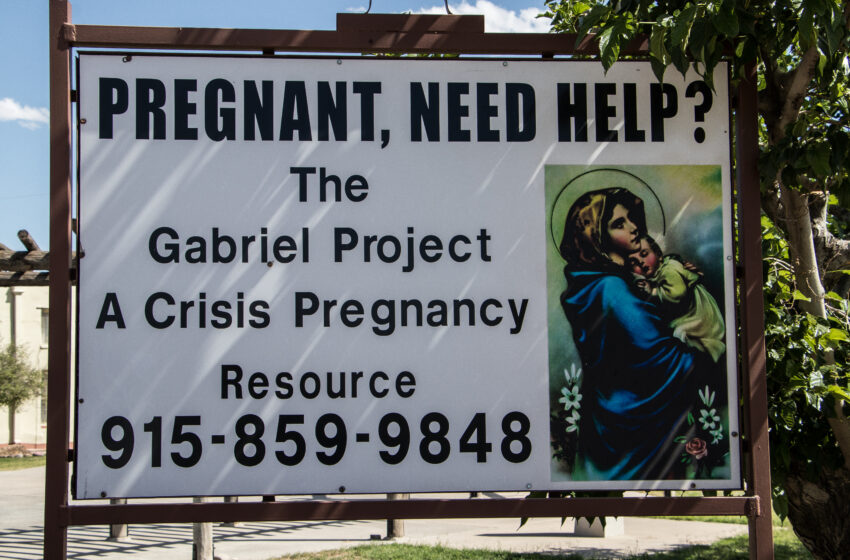 My stories usually come from something I’ve seen. This story is no different.

I was downtown, not too long ago, and was having the worst day possible.  I decided to step into one of the Catholic Churches with the idea of photographing it for my web page.

I entered the Church from the side door and decided to take a seat. I didn’t want to disturb the young woman that was praying. What got my attention was that she began to cry uncontrollably. I don’t care how thick-skinned you are; no man can stand seeing any woman cry. I decided to see if she was okay.

Maria (she asked that I not use her real name) told me about how her boyfriend had left her the moment she found out she was pregnant. She was ready to give up the baby, she said, but then she saw a sign. It was a real sign.

“If it wasn’t for the Project, I don’t know what I would have been doing.” Maria was ready to either have an abortion or give the baby up as soon as it was born. There were very few employment prospects because Maria had dropped out of high school. Getting her GED, with a child, she thought would be almost impossible.

“A child makes it all just change. You can’t do for you anymore. It’s harder.” Maria was beyond despondent. But that sign. That one sign that one phone call gave her hope.

It’s not easy being a single mother. Options can seem limited. Navigating through the system of WIC, Medicaid, and social services is not an easy task. The Gabriel Project, through the Catholic Diocese of El Paso, and several parishes is there to help.

The Gabriel Project started in the Diocese of Galveston-Houston. The pastor of St. Michael’s placed a sign in front of the parish offering support to any women who was pregnant and in need. The response was immediate.

Since 1973, the Gabriel Project has grown and is growing into a nation-wide movement. Here in El paso, the project started at Mt. Carmel Church in 2002. I was able to meet with Doris Fierro, who coordinates the program for Mt. Carmel.

“We help with the physical needs: diapers, food, formula, maternity clothes, and clothes for the babies,” says Doris.

What happens, when a woman, or family is in need, they call the parish or the Diocesan offices. They go through a short intake process, provide proof of pregnancy, or the birth certificate of the child. Then they begin to determine just what resources they need, and what other agencies are, or could be helping them.

It’s a good philosophy. If the mother is not doing all too well, then neither is the child; so the family is provided with needed food, clothing, diapers, and other needed items and services.

Gabriella Avila, coordinator of the Reverence for Life Office of the Catholic Diocese of El Paso, works with the Gabriel Project.

“The point of it is [the Gabriel Project] is to change the culture so that a woman says ‘I’m pregnant, I don’t know what to do. My church will help me.” Gabriella,

Doris and the others working with the Gabriel Project all want to give these women an option other than abortion. To support them, and their children, and help them grow spiritually, as well as personally.

“We serve their emergency needs. They can come once a month for diapers and formula. Every couple of months for clothes.”

The Gabriel Project is not designed for long term support or dependency. Their goal is to help their clients pursue their education, or find employment. “At the same time, we are hoping we can help them emotionally, stimulate them to go back to high school or college. Our goal is by the time the kid gets to kindergarten, the parents have either gone back to high school, or college, learned a skill, or even learned English if that is the need.”

Gabriella told me the story of a woman who is pregnant. Because of the pregnancy, she is not allowed back into her home; her partner does not want her there at all. “We are working with her, and House of Hope, and other counseling for her.”

“We help equip the parishes,” said Gabriella. “We encourage them to start the Gabriel Project. It is a good way to spread the culture of life. It is very loving, caring. It’s not in your face.” Sometimes people need that love.

“Don’t be afraid to open your heart to somebody in need, especially a pregnant woman. There is so much going on in her mind and body. Then, to add the pressure of she doesn’t have the financial means, it can be hard.”

Over and over I heard the phrase “we are here for them, no matter what.” After meeting a now single mother who went through the program, anyone can see that statement is true.

Renee, who was a client of the Gabriel Project back in 2012. “They were there for me; they helped me through the pregnancy.” They helped her connect with the WIC program as well as food stamps. But that was not all. “They also gave me a baby shower. My husband was not making all that much money. If it was not for Sister Christine and Sylvia Pando giving us that shower, we couldn’t have made it in the beginning.”

All services are free. Doris points out “it doesn’t matter where they come from, their race, or culture. We are here to serve them. To be a positive influence to them.”

Maria, when I met her, was not only crying for the joy she has when she looks at her baby girl. She was also crying over the sadness of her closest friend. Her friend, she told me, lives in Juarez. She works at a factory, and couldn’t afford the time off to have a child, or even afford to buy the child’s most basic needs.

In the end, she aborted her child. Maria’s friend was distraught over her choice.

“She died a month ago,” Maria told me; I thought maybe she had taken her own life or had other complications. “I think her dying was from the broken heart.”

The Gabriel Project is there. Without fail, they are working to meet the needs of a community that is sometimes forgotten or overlooked. “It helps keep the life option viable,” Doris said. “For those that want to keep their babies.”

The numbers below are for those in need, those who know someone in need or wish to help sustain the program.