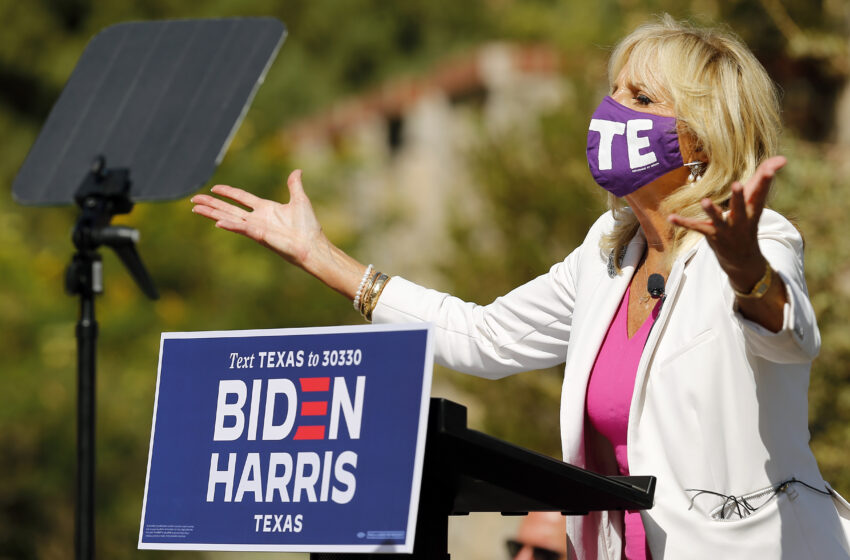 Dr. Jill Biden, former Second Lady of the United States, stopped in El Paso Tuesday morning as part of a get out the vote campaign on behalf of her husband and others on the ballot.

At the UTEP campus, Dr. Biden was welcomed by a stand-up sign spelling out “Vota Ahora,” as well as Folklorio dancers, Mariachis, and a small group of socially distanced supporters.

Before heading to the UTEP campus, Dr. Biden stopped at the Grand Candela August 3 memorial at the Cielo Vista Walmart, where she paid her respects to the victims of the massacre and left flowers.

Our very own Ruben R. Ramirez was at the UTEP event and we bring you his view of the event via this gallery.