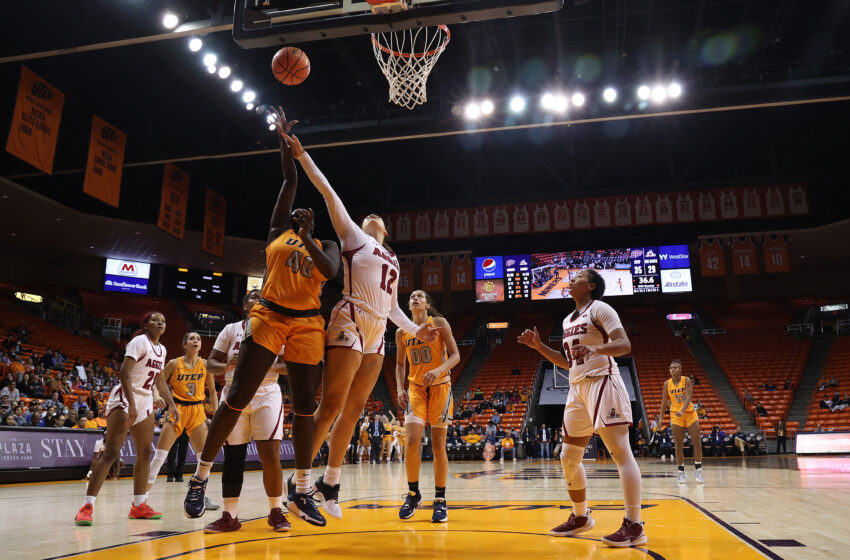 “I thought our defensive energy was really good,” UTEP Head Coach Kevin Baker said. “We didn’t play well in the first half, we were missing easy shots, kind of turned it over a bit, but our defense was solid. We had some miscues here and there, but for the most part the defensive energy was really good. We guarded the ball tough, we forced so many turnovers that in turn got us points and got us out of the funk.”

The Miners have won five consecutive games over the Aggies for the first time since stringing together five in a row between the 2012-13 and 2015-16 seasons. UTEP is 3-0 for the third consecutive season and the fourth time in five years under Baker.

Tac, a transfer from TCU, scored her first bucket as a Miner at the 3:47 mark in the second quarter on her way to a collegiate career high. Tac was a perfect 4-of-4 on from the floor in nine minutes of action. Fontana, who also provided a spark, hit 4-of-5 from the field, and grabbed three boards in over 10 minutes of work.

“One of the things we decided to do in the Spring was, we knew we had to go and get better and rebuild our bench,” Baker said. “It was really telling to see when our bench comes to play like that. Not only did our coaching staff do a good job recruiting, but the players did a great job playing. We leaned on our bench, we needed our bench and it couldn’t have happened to a better bunch of young ladies who work hard every day and deserve it.”

The Miners fell behind 12-9 at the 2:41 mark of the first quarter after a Taylor Donaldson layup. But Gallegos drained a 3-pointer for her first points of the game that started a 10-0 run. Fontana ended the run with a layup, giving the Miners a 19-14 edge early in the second quarter.

UTEP never looked back after Petree made a layup that give her squad a 15-14 lead with 45 seconds remaining in the first quarter.

The Aggies got within two points (25-23) at the 4:58 mark of the second stanza following a Tayelin Grays driving layup on a fast break. But UTEP used a 12-8 scoring run, led by Tac’s six points, to take a 37-31 advantage into the locker room.

The Miners controlled the second half for the most part, outscoring the Aggies, 39-30.

After Gallegos opened the third quarter with a jumper, NM State used a 4-0 spurt to cut the deficit to 39-35. But UTEP built a 14-point lead after Gallegos hit four consecutive free throws following a personal foul and player technical on Melanie Isbell at the 6:52 mark of the fourth quarter.

NM State got within eight points (69-61) with just over four minutes to play, but Crouse took over and scored five consecutive points followed by a Thurman layup on a fast break to build the lead and a UTEP victory.

Up next, the Miners will host Northern Arizona on Saturday, Nov. 20 with tip set for 7 p.m. Miner fans can listen live on 600 ESPN El Paso and the UTEP Miners with Mando Medina calling the action.