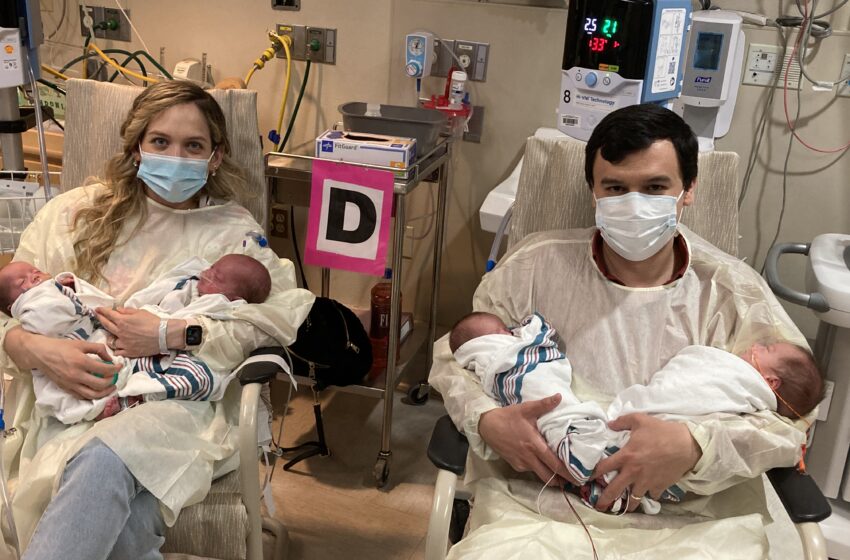 On Tuesday, El Paso’s newest set of quadruplets were introduced to the news media by their proud parents at the Hospitals of Providence Memorial Campus.

According to hospital officials, Piero, Andoni, Leonardo and Giovanna have been getting bigger and stronger each day in the Memorial Campus Level 4 Neonatal Intensive Care Unit.

The quads were born to parents Hector Calderon and Andrea Gonzalez-Cabrera on February 25th.

Calderon and Gonzalez-Cabrera said they were not initially expecting to have quadruplets but are so thrilled to now have them here and welcome their precious three sons and one daughter into their family.

They added that they both look forward to getting them all home together and say they can already tell them all apart, and having the experienced staff to care for their four new little ones have made this process easier for them, knowing they are in good hands.

Hospital officials share that the Memorial Campus is designated as a Level 4 Maternal Care Center and Level 4 NICU.