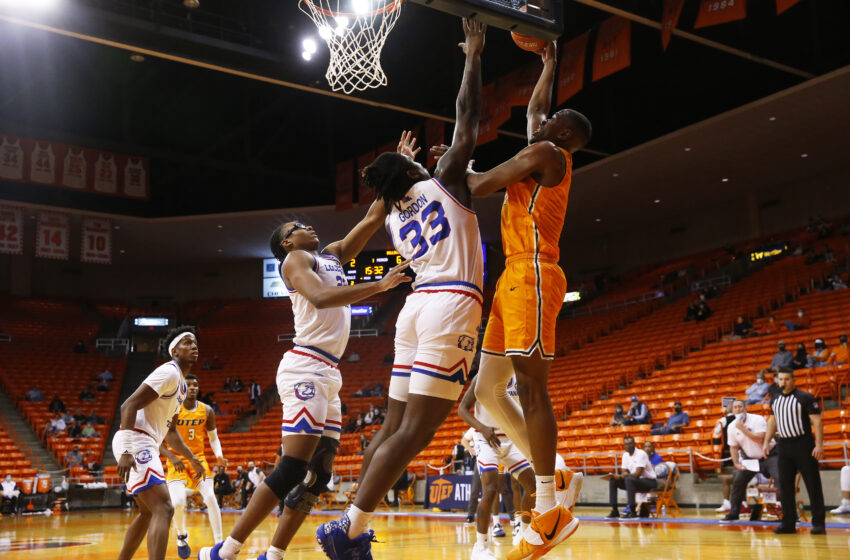 A night after not trailing and dishing out 20 assists, UTEP struggled to find offense. LA Tech scored the first basket and never looked back during a 73-55 win on Saturday night in front of 515 fans in the Haskins Center.

Souley Boum led UTEP with 23 points (9-10 free throws) and was the only Miner in double figures. Bryson Williams (eight points, one rebound) fouled out in the middle of the second half after being called for a technical foul. Jamal Bieniemy scored six points with three assists, but turned the ball over five times.

The Miners had closed the gap to four points (34-30) at the 17:19 mark of the second half. It started when the Bulldogs took a 32-16 on a Xavier Armstead basket, who was then called for a technical foul. Boum made a pair of free throws following the tech, and scored nine more points that resulted in an 11-0 run. Isaiah Crawford stopped the run, but Boum answered his bucket with a three to make the contest a four-point game.

“We had much better pace in the start of the second half and we cut it to a two possession ball game. But we didn’t have that competitive fire in day two that you have to have,” third-year UTEP Head Coach Rodney Terry said. “It’s disappointing that [LA Tech] had more of a competitive spirit that what we would.”

Up next,  UTEP will play at UTSA on Thursday, January 28 with tipoff set for 5 p.m. MT.

The Miners and Roadrunners can be heard on the home of UTEP Basketball 600 ESPN El Paso and the UTEP Miners app with “The Voice of the Miners” Jon Teicher behind the mic. The contest will also be streamed on ESPN+.

UTEP and UTSA will meet again on Saturday, January 30 with a tipoff set for 7 p.m. in the Haskins Center.