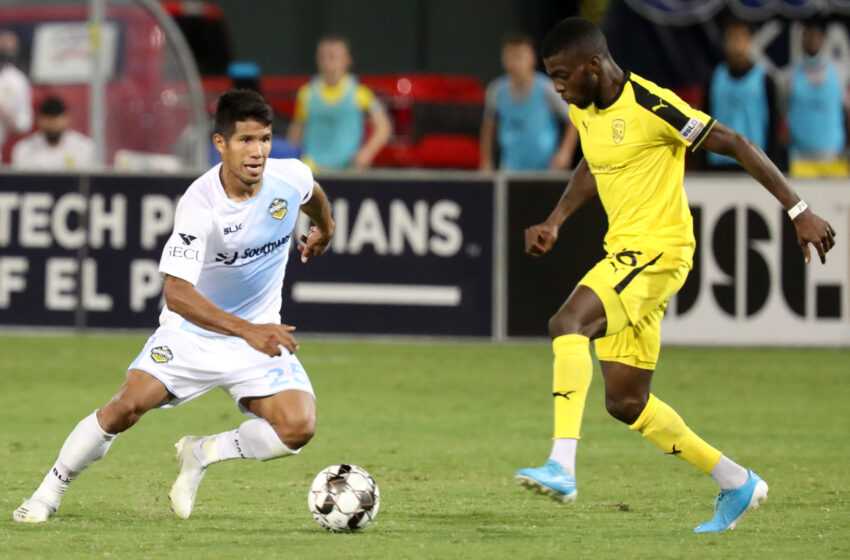 Despite outclassing their regional rivals, Los Locos couldn’t find the back of the net to secure the full three points.

“I don’t know how happy I am yet; I’m proud though,” said Head Coach and Technical Director, Mark Lowry. “I’m proud of the work. I can’t fault the guys tonight at all. I thought the heart and their spirit was just superb. I don’t want to sound happy with a point, I’m not. I’m not happy we didn’t score. We had chances, particularly in the first four or five minutes of the game but we will take the point and I just hope the injury list doesn’t get long.”

The Southwest Derby proved to be heated from the beginning as Locomotive came out of the gates strong against a physical United. Omar Salgado and Dylan Mares, along with a freekick opportunity from Mechack Jerome tested the United GK Cody Mizell early with shots bouncing off the frame and wide.

While each side began to get into physical battles over control of the ball, the Locomotive offense continued to create chances, while the defensive side left New Mexico with only two shots and one on target which Logan Ketterer easily saved to keep everything level entering the break.

Locomotive picked up right where they left off when returning to the break, utilizing weak points in the United defense to slip the ball into dangerous areas for a goal, including Aaron Gomez getting within 6-yards only to be shut out by a scrambling Mizell.

Taking advantage of their dominating possession, Locomotive opened another chance with a headed flick from Mares just wide of the net. Though Locomotive FC overshadowed their visitors, unlucky shots in the final third kept the four-point gap between the two on Group C.

Up next, Locomotive goes on the road to face Colorado Springs Switchbacks FC in Round 4 of the 2020 series between the two. Kickoff from Weidner Field is scheduled for a midweek Wednesday night at 7:00 p.m. MT.

– The 2020 regular season home campaign came to a close for Locomotive behind a scoreless draw against New Mexico United.

– After splitting the points, Locomotive still stands four-points ahead of New Mexico on the Group C table.