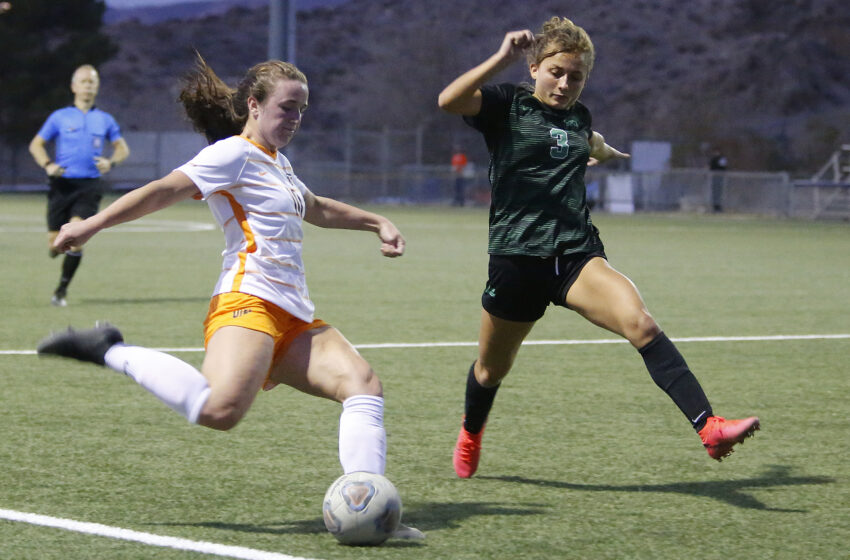 The Miners trailed 1-0 with 14 minutes to play when Cayla Payne was sent off after her second yellow card of the match. With 10 players on the pitch, UTEP dug deep and found a way to pull even in the 80th minute when Emerson Kidd buried a chance after a scramble in the box.

The Orange and Blue then fought off every remaining opportunity from the Mean Green to pick up the point and also wrap up an undefeated record at home on the year. GK Emily Parrott made eight saves in the match, with the lone blemish coming on a breakaway goal for UNT’s Devyn Flannery in the 38th minutes. Kelsey Brann was credited with three saves for the Mean Green.

“What a greedy performance from the girls tonight,” UTEP interim head coach said. “To have to play down a man and equalize is a real testament to the girls’ spirit after a really hard week of very little training. The staff was incredibly proud of the girls fight and determination throughout the whole game.”

North Texas put UTEP on is heels early, but Parrott was up to the task. She registered four saves over the first 13 minutes of action to keep the match scoreless.

UTEP had a good opportunity in the 30th minute, stringing together some passes to get set up deep in Mean Green territory. A cross went skating through the box and past Brann but North Texas managed to clear before the Miners buried it home.

Two minutes later North Texas got on the board after Brooke Lampe played a ball high into the air. It came crashing to the pitch and skipped past the Miners’ defense, allowing  Flannery a breakaway against Parrott. The sophomore GK did her best to cut down the angle but Flannery still was able to score.

The Miners were in search of the equalizer in the 35th minute but Tessa Carlin’s shot was off the mark. UTEP had another chance four minutes later but a header by Emerson Kidd was wide right. Parrott came up with another save in the 40th minute to keep the score 1-0 heading into halftime.

UTEP had the first pressure of the second half, with Payne trying from distance but it was handled. Three minutes later Carlin unleashed a rocket that cruelly clanked off the cross bar.

The follow-up by Ayana Noel was saved. Kidd had a chance on a header that sailed high in the 60th minute.

Payne was sent off with 14 minutes to play but somehow the Orange and Blue regrouped and pulled even thanks to Kidd’s second goal of the season.

Parrott recorded a pair of saves in the final 10 minutes, including a brilliant diving stop on a cracker by Marie Elle DeFrain with only 19 seconds remaining in regulation. Parrott made one more save in overtime as UTEP frustrated North Texas to secure the tie.

The Miners have a quick turnaround, playing at UTSA at 6 p.m. MT Monday.

For complete coverage of UTEP soccer, be sure to follow the Miners on social media at @UTEPSoccer (Twitter),@UTEPMinersSoccer (Instagram) and on Facebook or  Miners.com click here to visit the official home of UTEP Athletics at