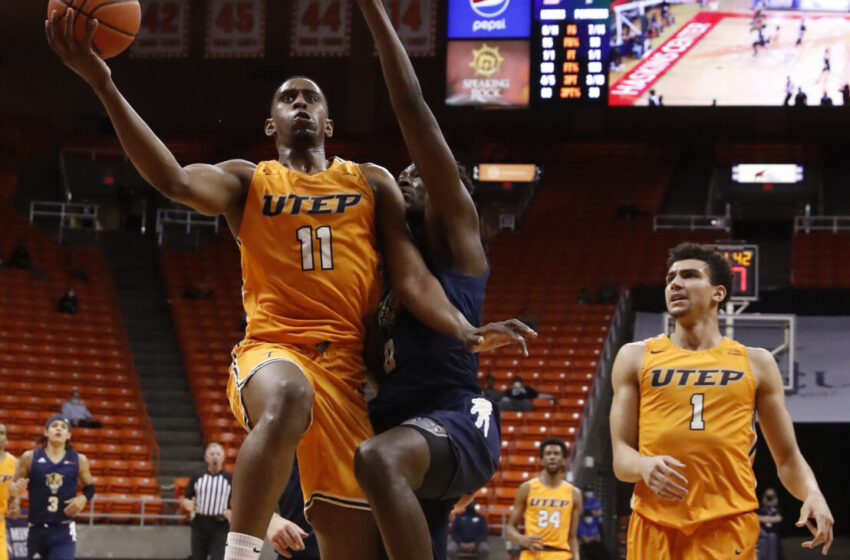 The UTEP basketball team got a much-needed victory as the Miners used hot shooting from 3-point range to down FIU, 75-59, in front of 457 fans on Friday night.

“We challenged the guys to come out with unbelievable energy, activity and great communication,” said third-year UTEP Head Coach Rodney Terry. “You have to have that in playing against a high-possession team that will really push the ball in transition and communicate getting back with guys. I thought we came out with really good energy on both ends of the floor.”

Souley Boum led all scorers with 22 points on 5-of-7 shooting threes, and Christian Agnew came off the bench and chipped in with 12 points, hitting 5-of-6 from the foul line. Keonte Kennedy scored 17 points on 7-of-10 shooting from the floor, and added six rebounds with two steals.

The Miners tamed the Panthers, outscoring them 41-32 in the first half and 34-27 in the second. Early in the ball game, UTEP was down 16-12, but used a big run in the middle of the first half to pull away from FIU, and never relinquishing the lead afterwards.

After FIU took a 21-20 edge on an Eric Lovett 3-pointer at the 10:56 mark. The Miners responded with an 18-3 run over a 7:59 span. Boum started the run with a three, while Agnew made a driving layup on a fast break to take a 25-21 lead. Kristian Sjolund and Boum followed with back-to-back threes that gave UTEP a 10-point lead (31-21). Isaiah Banks stopped the 11-0 run with a three, but the Miners built a 36-24 advantage on a Sjolund three, an Agnew pullup jumper and a driving layup by Kennedy.

“We settled in against [FIU’s] pressure in the first four minutes in terms of their run and jump,” Terry said. “We were able flow and get into our offense a little bit. We ended the half with 10 assists. When we get to about 16, 18 or 20 assists, we’re a pretty good in terms of sharing the basketball.”

Lovett and Javaunte Hawkins each led FIU with 11 points, while Banks added 10 points and a team-high six rebounds. Antonio Daye Jr. entered the ball game averaging 18.0 points, but was held to nine points on 3-of-8 shooting from the field. However, Daye Jr. dished out a game-high five assists.

The Panthers shot 43.1 percent (22-51) from the floor and only went to the line eight times, hitting four free throws.

Up next, UTEP will host FIU again on Saturday with tipoff set for 7 p.m. in the Haskins Center. The Miners and Panthers will be streamed on ESPN+, and can be heard on the home of UTEP Basketball 600 ESPN El Paso and the UTEP Miners app with “The Voice of the Miners” Jon Teicher calling the action.