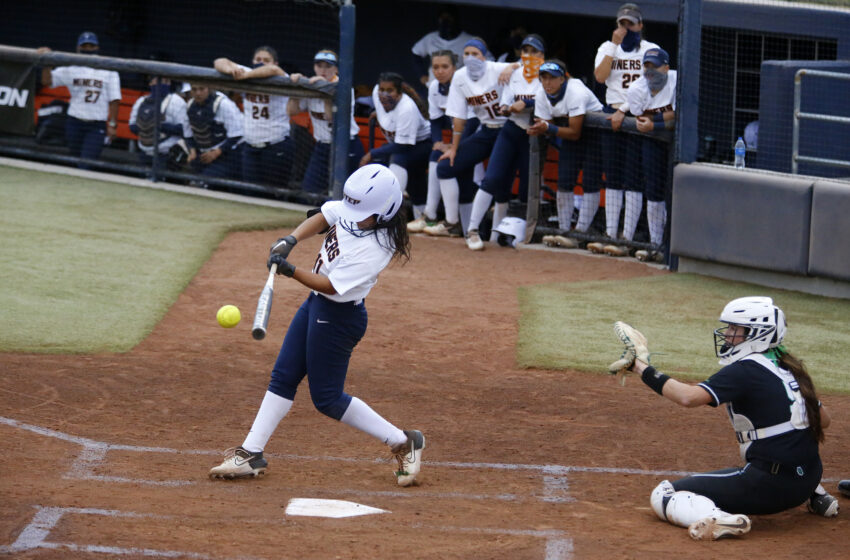 Sophomore pitcher Isabella Kelly opened the game with a scoreless first half-inning with two called strike 3s to tie her season-high strikeout total in an appearance this season. She surpassed that total with another strikeout in the second inning and would finish the game with four.

North Texas scored their first run of the game in the second frame off an errant throw to first base by senior utility Ilena Santos. Santos made up for her error in the bottom half with an RBI-double – her fifth two-bagger of the season – to tie the game, 1-1.

The Mean Green retook the lead for good in the third off a solo home run to left field by Tuesday DerMargosian. The flood gates opened in the top half of the fifth inning when North Texas put together a seven-run frame featuring eight hits, three of which were a home run and two doubles.

Next up for the Miners, game two and the rubber match of the UTEP-North Texas series will be played in a double-header at 4 p.m. and 6 p.m. MT, respectively, at Helen of Troy Field.