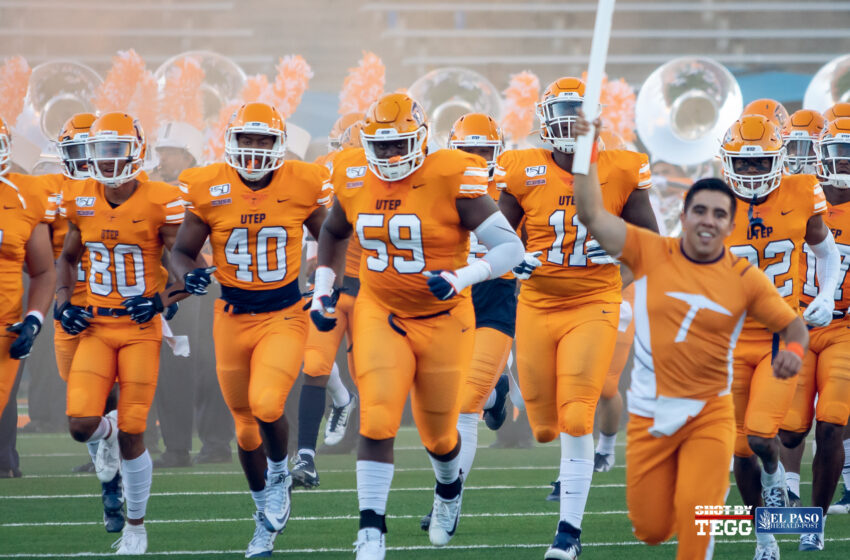 Sincere McCormick and Lowell Narcisse both went over the century mark in rushing, leading UTSA to a 26-16 victory at UTEP on Saturday night.

Kai Locksley made his first start of the season at quarterback for the Miners.  He completed 2-of-8 passes for 41 yards and rushed 13 times for 17 yards.  Brandon Jones came on late in the third quarter with the Miners trailing 16-3.

The Miners started the drive at their own 45-yard line after UTSA failed to convert a fourth down conversion.

UTEP took advantage of the excellent field position, as Jones led the Miners to their first touchdown of the night.  He went 2-for-2 passing on the drive, rushed once for four yards, and handed off to Treyvon Hughes for an eight-yard rushing TD that made the score 16-10.

The Miners forced a three and out and had momentum in their favor heading to the fourth quarter.  But their next couple of drives stalled behind a series of penalties.  Meanwhile, Hunter Duplessis kicked a 43-yard field goal, extending the Roadrunners’ lead to 19-10.

UTSA put the game away when McCormick broke free for a 51-yard rushing touchdown and a 26-10 lead with 4:02 to go.

The Miners continued to move the ball with Jones under center, as they put together a 15-play, 50-yard touchdown drive.  Tre’Shon Wolf’s two-yard touchdown reception from Jones sliced the deficit to 10 (26-16) with 44 seconds remaining.  But UTEP was unable to convert the two-point conversion to make it a one-possession game.

Wolf had a big night for the Miners with nine catches for 91 yards.  Jones finished 14-of-22 passing for 140 yards.  Treyvon Hughes rushed 10 times for 62 yards and a score.

Adrian Hynson and Michael Lewis both had 10 tackles for the Miners.  The tally for Hynson was a career high.

The Miners are idle next week and will return to action on Oct. 19 at FIU.  The game will be streamed on ESPN+ and will kick off at 5 p.m. MT.

UTEP’s next home game is scheduled for Oct. 26 against LA Tech.  The Miners will pay tribute to the nation’s Armed Forces on Military Night, featuring static displays around the stadium and an enlistment ceremony at halftime.  Kickoff is at 6 p.m. MT.

Tickets start at just $12.  Discounted tickets are available for all military personnel by visiting any UTEP Ticket Center location or by calling 747-5234.