There’s something beautiful about closing out the week with a thrash metal concert. Off the bat, Slayer is NOT a band that would ever pop up on my playlist because the group never really crossed my path growing up.

Not even during my black and silver lipstick, JNCO and Airwalk middle school phase, though White Zombie and Marilyn Manson CDs were stashed under the peel-able carpet layer in a corner of my teenage bedroom, undiscoverable by disc-shattering parental hands in search of explicit lyric labels.

Perhaps maybe that’s why I found myself REALLY enjoying the experience.

It was rebellious.
It was raw.
It was nostalgically prepubescent.

The kind of body rattling required of a Slayer spectator promises to get out all the energy kinks.

I had no expectations of the concert, as metal was completely foreign land. I feel this really qualifies my review as an honest experience regurgitation from a genuine music lover. I waited to arrive until the headliner began as to not muddle my metal perceptions. By the time the openers had performed, the audience vocal chord usability was at about 50%, but still had enough left for raspy Slayer chants throughout the Don Haskins arena as we awaited their grand entrance.

It was a full house on a late Sunday night, thousands of metal lovers in black anxious to howl and head bang.

Within the first 30 seconds of the set, I could not make up my mind on which observation was most awesome: the social phenomenon of a mosh pit or the shirtless 12-year-old losing his $h!t and nearing his school night bedtime alongside his young, beautiful rocker mom.

Both were in my direct line of site toward the stage and both riled me up enough to rock out myself. My Hook em Horns fist pride went dark, now slamming air at quarter note speed to keep up with the drummer’s tempo.

My surroundings consisted of a variety of headbanging involving air guitars, crouched head-to-knee bends, arms to the sky and straight up vocal annihilation in celebration of the metal superstars. It was surreal and sweaty and my body could not help but join, release…
and LOVE it.

I can’t tell you what songs they performed. I can’t even tell you what I thought of the lyrical message because frankly, I heard no words.

For me, and thousands of others, the Slayer concert was night Slayer Mosh Pitchurch on a Sunday with thousands in the congregation, exorcising the week’s stresses and worries into the smoky remnants of the pyrotechnics with bodyquakes.

Would I pay to see Slayer if I didn’t have a press pass? 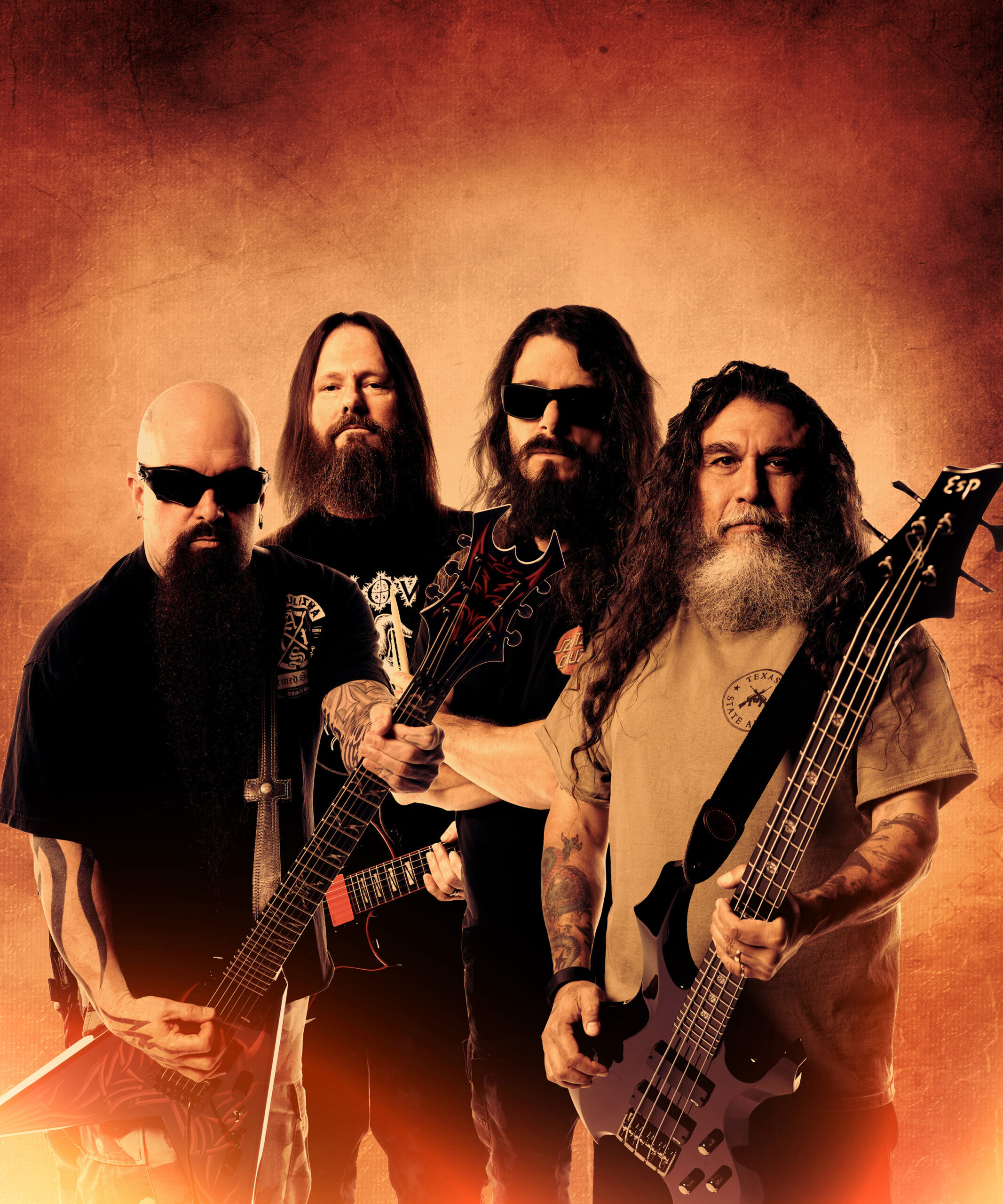