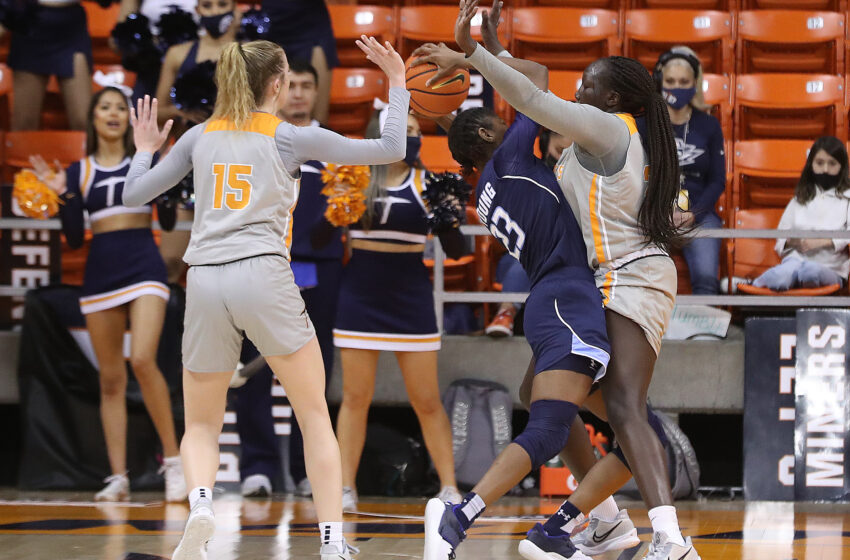 The Miners (10-4, 2-2 Conference USA) blanketed the Monarchs (11-3, 1-1 Conference USA) defensively throughout the game, at one point in the first half holding ODU to just seven points over a span of 14:45.

Iggy Allen, the leading scorer for the Monarchs entering the day with 14.7 points per game, picked up her second foul just over three minutes into the contest. The quick foul trouble forced her to the bench for a long period of the rest of the first half in which she was held scoreless.

Allen went to the bench at the 6:55 mark of the first and did not return until 6:19 in the second.

With Allen on the bench, both teams would stay locked in a defensive battle throughout much of the first half, with UTEP taking a 16-13 lead with 2:41 before the break when Brenda Fontana rolled in a step-back 3-pointer at the end of the shot clock for her fourth triple of the season.

The Miners would not trail again the rest of the way

UTEP continued to build the lead early in the third quarter. The lead swelled to 11 after a beautiful pass forward by Katia Gallegos to find a driving Fontana for a layup, making it 28-17 with 6:17 left in the quarter.

Later in the third, Teal Battle took over with six consecutive points followed by a 3-pointer at the buzzer by Avery Crouse that put the lead at 39-30 heading into the final 10 minutes.

After being held to just two points over the first three quarters, Allen quickly brought the Monarchs back by scoring seven of the first eight points to start the fourth as part of an 8-0 run that brought the UTEP advantage down to one.

Needing an answer, the Miners promptly provided one with a Destiny Thurman triple off a Battle assist to snap the run.

Tied at 48 with 2:32 to go, Battle and Thurman both posted steals to keep ODU off the board.

Gallegos would break the tie with a post-up move on the interior with 1:05 remaining that resulted in a 3-point play, giving the Miners the lead for good.

“I really thought our game plan was solid going into the game,” UTEP Head Coach Kevin Baker said. “As you can see, this time we didn’t wear our legs out pressing for 40 minutes. We kind of did it a little bit different to give us some legs in the fourth, so we all live and we all learn. I just was really impressed with our kids down the stretch in the fourth quarter when things got really close. They executed really well and we got timely stops, and that’s something that we have been preaching to our kids all year long.”

Battle finished as the leading scorer for UTEP with 15 points and eight rebounds. Fontana had a career-high 12 points and added seven rebounds.

UTEP limited ODU to 15 points in the first half, the fewest points in a half for an opponent this season.

The win for the Miners snapped a six-game win streak for the Monarchs in the head-to-head series. The two teams have now had four of their last five meetings decided by 10 points or fewer.

UP NEXT
UTEP departs El Paso early Sunday morning ahead of a 12 p.m. MT/1 p.m. CT game at Southern Miss on Monday afternoon.

The Miners and Golden Eagles can be heard on 600 ESPN El Paso with Mando Medina calling the action. The contest will also be streamed on ESPN+.