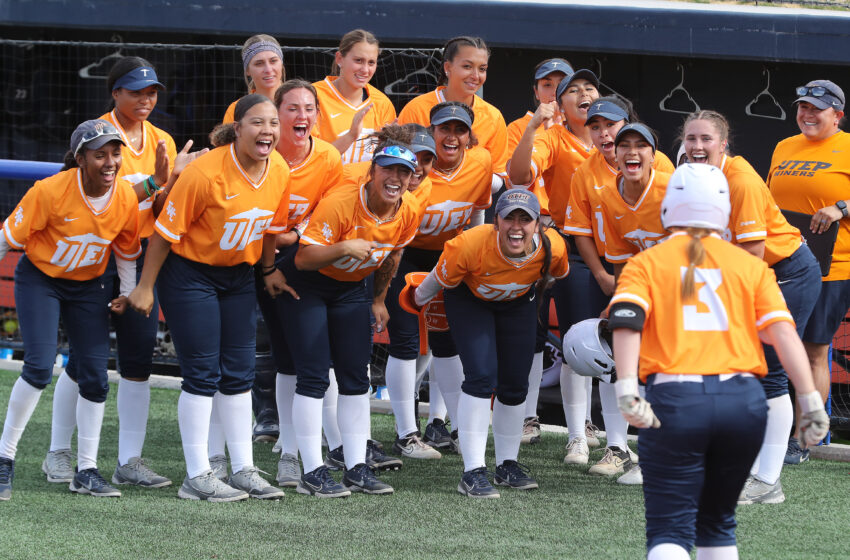 Lexi Morales drew a walk to lead off for the Miners in the first frame. Autumn Scott got a base hit after she singled up the middle and Ajia Richard drew a walk shortly after to load the bases.

Anna Sample put the Miners on the board with an RBI single that scored Morales. With two outs and bases loaded, Marijn Crouwel came up to the plate and overran first as she was hit on her third pitch to record an RBI that brought home Richard.

Zaylie Calderon forced a Louisiana Tech pitching change after she drew the third walk of the inning that plated Richard to take the 3-0 lead.

LA Tech’s Madie Green hit a two-run home run early in the second inning scoring Kate Cooper after she tripled to center field to close in 3-2. Mackenzee Collins came in the circle for Isabella Kelly with one out and one runner on base.

The Miners loaded up the bases in the bottom of the second as Morales and Scott led off the inning with walks and Richard reached first on a fielder’s choice. Morales was out at third on Richard’s reach, but clean-up hitter Pate Cathey came in clutch with an RBI single to center field scoring Scott to double the lead, 4-2.

With Richard at third and Cathey at second, Karina Somoza completed the diamond after she was hit on her second pitch. With two outs recorded, Crouwel put the Miners up 6-2 after she singled to left center scoring Richard and Cathey to record a career-high 3 RBI.

After a scoreless third inning, the Miners defense held the Lady Techsters to no runs in the fourth. A solo longball by Anna Sample in the bottom extended the Miner’s lead, 7-2.

LA Tech rallied in the next two innings posting four runs to shrink the deficit, 7-6. As the Lady Techsters began to fill the bases in the fifth, Zaylie Calderon came in the circle for Collins, but the change did not phase the opposition as they put up two runs which forced another pitching change bringing Kelly back into the game.

LA Tech earned a run off a wild pitch by Kelly. LA Tech would go on to score their last run of the game in the bottom of the sixth after Madie Green singled to left field scoring Tanja Smith who pinch ran for Brooke Diaz.

Aalijah Alarcon relieved Kelly in the seventh to save the game as the three batters she faced grounded out securing UTEP’s 7-6 win.

UTEP will conclude its three-game series versus Louisiana Tech Sunday, March 27, at 11 a.m. MT. The contest will be streamed on CUSA.tv, with live stats also available.