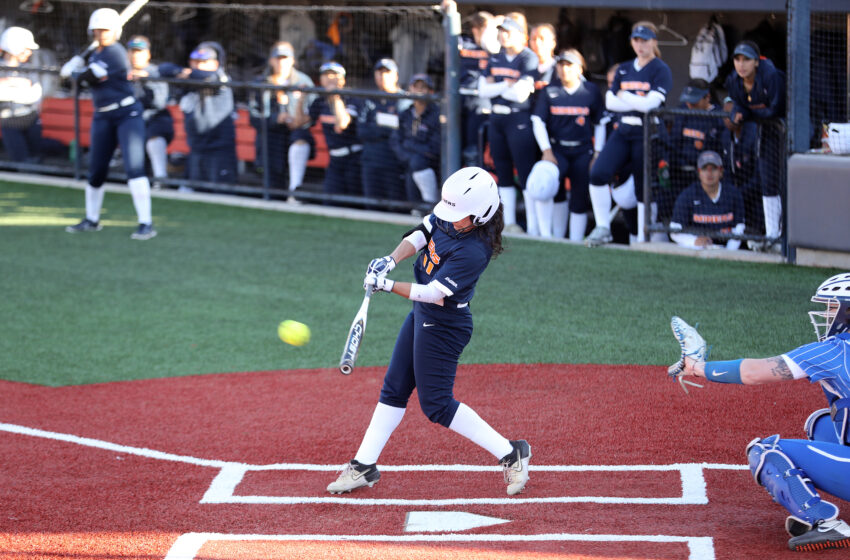 The UTEP softball team defeated Creighton (2-2), 8-7, to improve to 4-1 on day three of the 2022 UTEP Invitational at the Helen of Troy Softball Complex Saturday evening.

The Miners have won four straight games for the first time since the 2019 season.

UTEP, after being down 6-4, scored four runs in the bottom of the sixth to clip the Bluejays.

Kaylin Jackson went 3-for-3 with three RBI to lead the Miners. UTEP starting hurler Zaylie Calderon threw 6.0 innings and fanned a career-high nine batters. Aalijah Alarcon, who won her first two starts of the season, came in relief and notched her first career save.

“It’s a great time for us right now,” head coach TJ Hubbard said. “The team is learning who they are and what they can become. I’m excited to watch this group for the rest of the year; they are showing a lot of fight and greatness. They haven’t backed down once and there’s a lot in front of them and we’re ready to chase it with them.”

Calderon found herself in trouble in the bottom of the third as Creighton had bases loaded. Calderon held the Bluejays’ bats in check as both teams went scoreless through the first three innings. Creighton was first on the board, but Jackson, a freshman, answered with an RBI single, plating Cheyenne Stark to tie the contest, 1-1, in the fourth.

The Miners were down 2-1 before taking the lead in the bottom of the fifth with just one hit while taking advantage of Creighton errors to take a 4-2 lead. With bases loaded, Pate Cathey reached on an error that bought in Lexi Morales and Ashlynn Allen to take a 3-2edge. Stark followed with a sacrifice fly to right that scored Ajia Richard to extend the lead to 4-2.

Creighton countered with four runs in the sixth to take a 6-4 lead, but the Miners turned up the heat with four runs of their own in the bottom of the sixth. Once again, UTEP had bases loaded and Richard to advantage of another Bluejays’ error that allowed Autumn Scott and Allen to score to tie the game.

The Miners took the go ahead 8-6 lead on a Jackson two-run single to left that brought home Morales and Richard.

The Bluejays launched a homer over the left field wall to cut the deficit to one run. But Alarcon was brought in to cap the Bluejays. She recorded two quick outs including a strikeout to end the contest.

The Miners will face off against Abilene Christian on Super Bowl Sunday (Feb. 13) at 12:30 p.m. MT to conclude the 2022 UTEP Invitational at the Helen of Troy Softball Complex. Prior to UTEP’s contest, Creighton will take on Abilene Christian at 9:30 a.m. MT.