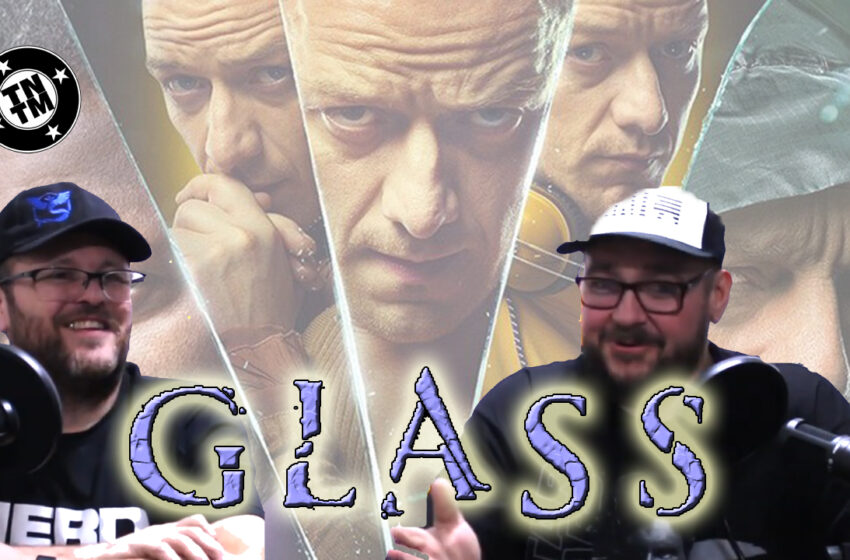 For me, Unbreakable was really the first superhero movie. Before the big box office Marvel and DC movies, we were introduced to David Dunn (Bruce Willis).

We find out that David Dunn is super strong and nearly indestructible after he survives a train wreck. We also meet Mr. Glass (Samuel L. Jackson). His real name is Elijah Price, but got the nickname of Mr. Glass due to his fragility. Mr. Glass is a big comic book aficionado. He figures if there is someone as fragile as him, it stands to reason there should be those on the other end of the spectrum as well. He has set out to find the super-human equivalent of himself. That is where David Dunn figures in the equation. Then we have the movie Split with James Mcavoy playing a multiple personality person who goes by the name, the Horde. One of his personalities is a super human individual that has the most basic instincts. We have no idea that Split is connected to Unbreakable until the end scene that shows David Dunn in his characteristic rain coat. Now we have Glass which is being billed as the third movie in the trilogy. From the trailers it appears that all three (Mr. Glass, Horde, and David Dunn) are all in the same asylum being treated for believing they are super heroes. Mr. Glass seems to be the evil mastermind using the Horde to carry out his demands. David Dunn is the quintessential good guy trying to stop them. Unbreakable and Split were both really great movies in their own right. Knowing they are tied together in a trilogy elevates them in my mind. I am really hoping Glass puts a big exclamation point on the series. Did you like Unbreakable and Split? Are you looking forward to Glass like we are? Let us know in the comments. CHECK OUT THE GUYS THAT MAKE US LOOK GOOD SUBSCRIBE to watch more videos like this one! LET’S CONNECT! — Talk Nerdy to Me Facebook — Zia Comics Facebook — Zia Comics Twitter — Zia Comics Instagram — Talk Nerdy to Me website — Zia Comics website LISTEN TO OUR PODCAST! – iTunes – Stitcher – Google Play #brucewillis #jamesmcavoy #samuelljackson #daviddunn #thebeast #thehorde #mrglass #unbreakable #split #mnightshyamalan
Tags: Bruce Willis David Dunn James McAvoy M. Night Shyamalan Mr. Glass Samuel L. Jackson Split superhero the beast Unbreakable