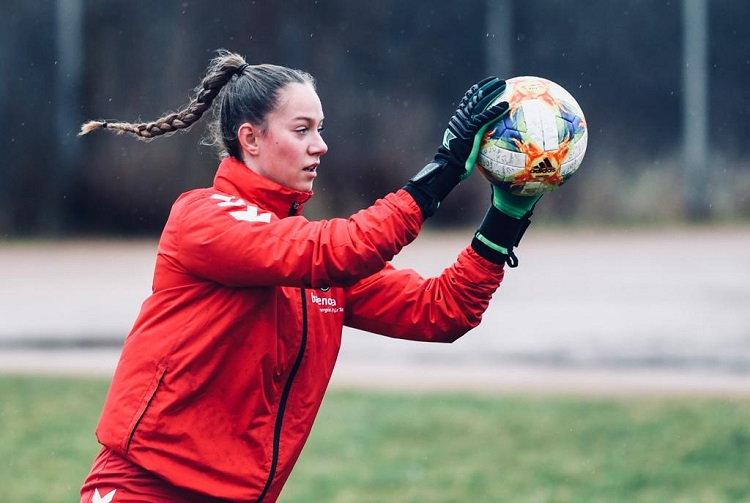 Luisa Palmen, a goalkeeper from Germany, has signed a national letter of intent to attend school and play with the UTEP soccer team starting in the fall of 2021.

“We are really excited to add Luisa to our goalkeeping unit for next fall. She is a very competitive goalkeeper that is eager to get over to the El Paso and start testing herself,” UTEP assistant coach/recruiting coordinator Stewart Givens said.

“Luisa stood out when speaking to her through the recruiting process because of her maturity and her desire grow as a player, student, and person on and off the field. Her aspirations for herself aligned perfectly with how we want to coach and lead our players. We think this will be a great fit for both Luisa and our program.”

Competed with Max Weber Schule Freiburg HS and for SC Freiburg on the club level … competed in one match for the U17 German squad … plays as a reserve GK for SC Freiburg’s first team in the first division of Bundesliga and starts for the reserve team in Regionalliga, the third division … played 20 games for her All-State State Team (ODP) before being capped for the U17 German National Team in a contest vs. the Netherlands … U16 German National Champion with All-Star State Team.