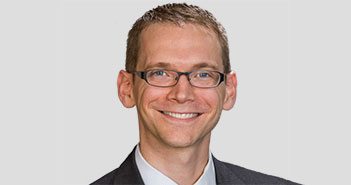 Morath has served on the Dallas Independent School District Board of Trustees since being elected to that position in 2011. Morath has been a change-agent at DISD who led reforms that helped propel Dallas public schools to achieve greater student and operational outcomes, including:

The results of these reforms have been substantial:

“The State of Texas is exceptional, and our education system must be too,” said Governor Abbott. “A proven education reformer, Mike Morath will not accept the status quo in our schools. He is committed to innovative solutions that will empower Texas principals, teachers, and students to strive for the highest in education excellence. Mike Morath has led climbs up Mount Rainier and climbed the 20,305 foot Island Peak near Mount Everest. Now he will help Texas education reach new heights.”

“I’m honored by Governor Abbott’s appointment, and for the opportunity to serve our kids with a focus on improving student outcomes,” said Mike Morath.  “As a DISD trustee, I watched with amazement the tremendous skill and love our teachers and staff pour into our students every day. I realize that no school system’s students can outperform their teachers, and supporting our teachers to improve teaching quality are essential in our public education system. I look forward to advancing that quality, as well as student outcomes, to ensure Texas becomes the number one school system in the nation.”

Professionally, Mike serves as Chairman of Morath Investments, managing a small portfolio of investments. Most recently, Mike served as President and COO of Minute Menu Systems, a company that provided information systems to help manage a $2.5B federal child nutrition program.

His company made government more efficient – reducing costs by 13% to agencies administering that federal program – improved the quality of nutrition offered, and helped feed roughly one million needy children a day throughout the US at the time he sold his interest in it.

Commissioner Williams’ statement regarding the appointment of Mike Morath

“I congratulate Mike Morath on his appointment as commissioner of education. I hope he finds this job as exciting and rewarding as I have,” said Commissioner of Education Michael Williams, who announced earlier this fall that he was resigning effective Jan. 1.  “Mike’s experience as a school board member and an innovative business leader will serve him well as he makes decisions that impact our state’s more than 1,200 school districts and charters. The Texas Education Agency staff and I will do everything in our power to make this transition a smooth one.”
Authors: Office of the Governor & TEA