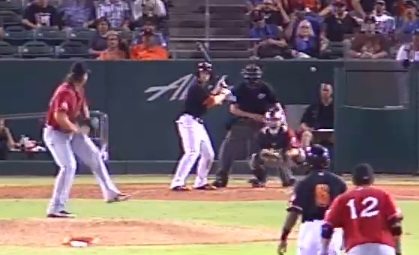 The El Paso Chihuahuas had home runs from Will Middlebrooks and Hunter Renfroe Thursday but lost to the Fresno Grizzlies 5-4. El Paso now trails Fresno two games to none in the best-of-five series.

Jason Hagerty and Casey McElroy picked up RBI hits in the second inning to put El Paso ahead 2-0, the Chihuahuas’ first lead of the series. After Fresno tied the game with a two-run second inning, the Grizzlies went ahead in the fourth when Nolan Fontana hit a two-run home run into the right field stands.

Grizzlies’ starting pitching has combined for 12 innings in the Conference Finals and allowed only three total runs.