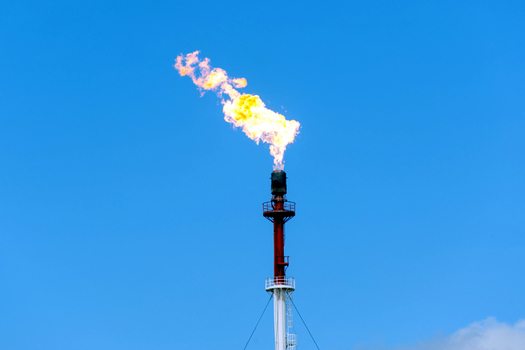 AUSTIN, Texas – Environmental groups, professors and students are demanding that the University of Texas System reduce methane emissions from oil and gas facilities on its public lands.

A new analysis says the 9,000 oil and gas wells drilled on university land in West Texas are a major contributor to greenhouse gas pollution and climate change.

Luke Metzger is the executive director of Environment Texas, which produced the report. He said federal and state regulations do not require producers on UT lands to install pollution controls on their fracking operations.

“The majority of their methane is from existing sources, which the EPA has not yet addressed,” he said. “They aren’t subject to any requirements to reduce their pollution. And in fact, we estimate that likely their emissions have doubled in just the last few years.”

The University of Texas funds its multi-billion-dollar permanent endowment mainly through royalties from oil leases on its public lands. Metzger argues that, as stewards of those lands, the university has a duty to protect the environment.

In response, UT System officials said they are following all state and federal oil and gas regulations.

Metzger said the report clearly shows wells and other platforms emitting large amounts of methane, which is 80 times more powerful than carbon dioxide as a greenhouse gas.

“We estimate that they put out 11.7 million metric tons of greenhouse gases over a six-year period, or the pollution equivalent of about 2.5 million cars,” he added.