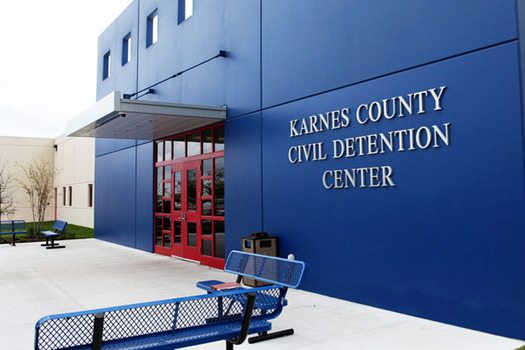 A coalition of groups is opposing House Bill 2225 and a companion Senate bill, which would allow federal Immigration and Customs Enforcement centers in Dilley and Karnes City to be licensed by the Texas Department of Family and Protective Services. Laura Guerra-Cardus, deputy director of the Children’s Defense Fund-Texas, said the facilities primarily house mothers and their children seeking asylum as they await court hearings.

Last year, hundreds of families were released from detention after a Texas judge barred the state from licensing ICE facilities as child-care centers. Guerra-Cardus said most of the asylum seekers are fleeing violence in Central America. The bills’ Republican sponsors have said the measures are intended to ensure humanitarian treatment of refugees.

The ICE facilities, sometimes called “baby jails” by their critics, are operated by private corrections companies. Guerra-Cardus said housing refugees in community-based settings is preferable to the detention centers, which she said are operated like prisons.

“The staff at these detention centers are largely individuals who have worked in jails or prison settings. So, their training is not child friendly and child appropriate.”

Guerra-Cardus said detention not only is an inappropriate setting for children but also isn’t necessary. Records show that 98 percent of asylum seekers represented by an attorney show up for court dates.

“We don’t think that providing additional oversight from a state agency, and the justification of making a bad situation a little bit better for children, is valid,” she said. “You can’t fix the harm from these detention centers.”

She cited concerns that for-profit operators have financial incentives to increase both the number of detainees and the length of time they’re detained.

The bills await further action in the Texas House and Senate. The text of HB 2225 is online at capitol.state.tx.us.