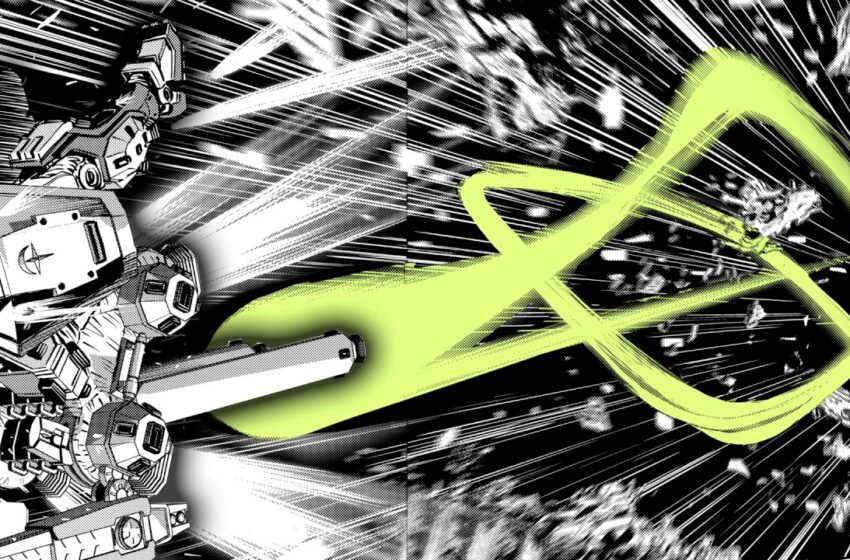 It’s the beginning of a rivalry that can end only when one of them is destroyed. The lightning-streaked debris fields are about to become the stage for an epic duel where death is the only true winner.

Not everyone is familiar with the Gundam series so let me give a little history.  Gundam is a science fiction series featuring giant robots called mobile suits.  The mobile suits from the title carry the name “Gundam”.  The franchise started on April 7, 1979 as an anime TV series called Mobile Suit Gundam.

The realism of the series is what set it apart from other giant robot anime series.  It defined the real robot genre of anime by featuring giant robots in a militaristic war setting.  Mobile Suit Gundam made the series more believable by having flaws in the robot design, weaponry running out of energy/ammunition, and the robots breaking and malfunctioning.

The technology derived from true science (such as Lagrange points in space and the O’Neill cylinder as a living environment) or at least well-explained feasible technology. Only a few fictional elements are required for the suits to function (such as Minovsky Physics as a means of energy production from helium-3).

Most Gundam are large, bipedal, humanoid-shaped vehicles controlled from cockpits by a human pilot. The majority of these “mobile suits” have a cockpit in the “torso” of the machine, with a camera built into the “head” to transmit images to the cockpit and are non-sentient machines.  There are many Gundam hobby model kits available.

Most of these kits are based on mobile suits from the series and are hyper-real.  The Gundam models are so popular there are events held with awards given to the best kit build.

The series takes place concurrently with Mobile Suit Gundam, during the One Year War. In U.C. 0079 the Earth Federation’s Moore Brotherhood and the Principality of Zeon’s Living Dead Division engage in a fierce battle in the “Thunderbolt Sector”. This sector is a shoal zone littered with debris from destroyed space colonies.

It is named for the frequent electrical discharges that occur there. Since the outbreak of the war Zeon forces have secured the Thunderbolt Sector.  It is a vital supply route to the A Baoa Qu asteroid fortress. The story focuses on Federation soldier Io Fleming as he battles Zeon’s best sniper, Daryl Lorenz.