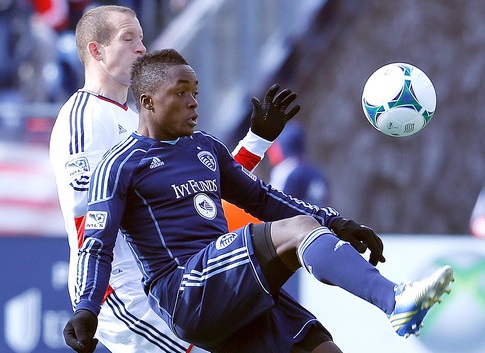 Officials with El Paso Locomotive FC announced on Monday the signing of Haitian defender, Mechack Jérôme for the 2019 inaugural season.

Jérôme played the beginnings of his professional career in the Ligue Haïtienne with Baltimore before making a move to the Portuguese Second Division with Mirandela.

Jérôme made his MLS debut with Sporting Kansas City in 2013 and made 12 appearances. He also spent time in the NASL and the USL with Jacksonville Armada and Charlotte Independence respectively. He has made 62 appearances for the Haitian men’s national team and was also a member of the 2007 FIFA U-17 World Cup squad.

The 28-year-old defender has over 200 appearances across his professional and international career and will be a key aspect of the Locomotive FC lineup.

“The quality that Mechack Jérôme possesses as a ball playing center back is second to none. His passing ability allows us to be creative with our build-up play and maintain possession of the ball even when under pressure,” said Head Coach Mark Lowry.

“As a defender, he has great 1v1 defending abilities, is good in the air and is a fantastic athlete. On top of being a very good player, his personality off the field is a class act,” said Lowry. “I am very excited to reunite with him and bring him to El Paso. Our fans are going to love watching him play.”

Individual Match Tickets for the inaugural 2019 season are available online and in person at the Durango and Santa Fe Box Office at Southwest University Park now.

Season Ticket Membership options start as low as $170 for the entire 34-week season, call 915-235-GOAL now to speak with an account executive or visit the website.