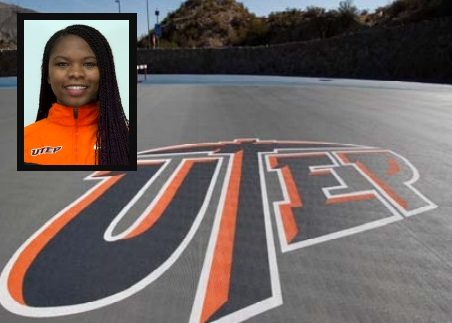 UTEP senior Samantha Hall was named Conference USA Female Athlete of the Week for her performance in the discus and shot put this past weekend at the 2017 Jim Bush Collegiate Invitational, announced the league office Tuesday afternoon.

The senior recorded a season best of 54.62m (179-2) in the discus earning a second-place showing. Her mark ranks first in C-USA and 21st nationally.

Hall tossed the shot put out to 13.86m (45-5.75) to finish seventh overall and rank 13th in C-USA. This is Hall’s first C-USA athlete of the week award of the outdoor season and the second of her career.

The Miners will return home for the UTEP Invitational at Kid Field on Saturday.