Action will be the order of the evening as a trio of hotly-contested showdowns will highlight an exciting night of boxing at the Don Haskins Center on Saturday, April 28.

The bouts will be televised live in primetime on Premier Boxing Champions on FOX and FOX Deportes.

Josesito Lopez, known as “The Riverside Rocky’’, will battle rising contender Miguel Cruz in a 10-round welterweight showdown.

“This is an all-action show that has all of the elements that boxing fans have come to love,’’ said Tom Brown, President of TGB Promotions. “Miguel Cruz is a talented rising contender who will be taking a major step up against a hardened veteran in Josesito Lopez. Anthony Dirrell is a former world champion who is anxious to get back into the title picture and El Paso’s own Abraham Han has title aspirations of his own. And Jorge Lara and Claudio Marrero are two of the biggest punchers in the featherweight division. It promises to be a very entertaining show for boxing fans.”

Tickets for the show, which is promoted by TGB Promotions, are on sale and can be purchased through Ticketmaster.

Lopez (35-7, 19 KOs) is a battle-tested veteran who has been in the ring with some of the top boxers in the sport, including Marcos Maidana, Saul “Canelo’’ Alvarez and Jessie Vargas. The 33-year-old Lopez of Riverside, California scored one of the biggest wins of his career when he stopped Victor Ortiz by TKO in 2012. He has been on a two-fight win streak since losing to Andre Berto and in his last fight he defeated Saul Corral by a unanimous decision on April 9, 2017 live on FS1.

“Miguel Cruz has not faced a fighter on my level,” said Lopez. “I’m the most experienced fighter that Cruz will have fought. I’m confident in my abilities and the fact that I will come out with a victory. I’m ready to go straight through Miguel Cruz and prove I’m one of the best welterweights in the world.”

Cruz (17-0, 11 KOs) will be taking a major step forward in his career when he takes on Lopez. The 27-year-old Cruz of Lake Mary, Florida was a member of the Puerto Rican national team as an amateur and picked up four victories in 2017. In his last fight he battled adversity by overcoming two cuts to score a unanimous decision over David Grayton on Nov. 21 on FS1 and also defeated then unbeaten Alex Martin twice in 2017 in a pair of exciting contests on FS1.

“I am incredibly excited to have a fight of this magnitude because this is what I’ve always worked for,” said Cruz. “I’m so ready to test my skills against somebody like Josesito Lopez. I belong to a new era in boxing, and I’m going to shine for the world on April 28. This is going to be an amazing fight for the fans and I’m ready for everyone to enjoy my performance.’’

Dirrell (31-1-1, 24 KOs), a former super middleweight world champion from Flint, Michigan, is coming off a technical decision victory over Denis Douglin in November on FS1. The 33-year-old Dirrell won the title with a unanimous decision over Sakio Bika in 2015 before dropping a majority decision in 2016 to Badou Jack.

Since that loss, Dirrell has won four straight, including a TKO victory over current 168-pound world champion Caleb Truax in 2016.

“Abraham Han is a good fighter coming off of a tough draw with J’Leon Love, and a guy you can’t look past,” said Dirrell. “Caleb Truax proved that by beating James DeGale for the title, so I’m truly focused on this fight right now. He’s a tall, switch-hitter who comes straight forward, but that’s nothing I can’t handle because I’m always ready and in shape to stick to my game plan and execute. I’m always looking for the knockout, and if it comes, then it comes, and I’ll get him out of there.”

Han (26-3-1, 16 KOs) returns to fight in his hometown of El Paso for the ninth time, including a victory he picked up at Don Haskins Center in his fifth pro fight. The 33-year-old is looking to rebound from a technical draw against J’Leon Love last September, in a fight many thought Han was winning before the referee stopped the fight due to a cut caused by an accidental headbutt. He had won three fights in a row heading into that bout against Love.

“Anthony Dirrell probably sees me as someone that he can beat while he waits for a title shot, but I’m looking to mess up his plans,” said Han. “I felt like I won my last fight with J’Leon and would have easily beat him if it wasn’t stopped. This is another great opportunity to fight in my hometown of El Paso. I’ll focus on winning round-by-round and putting on a great show for my fans. I know everyone is going to come out and support me and help carry me to this victory.”

Lara (29-0-1, 21 KOs) has scored two victories, including a knockout against former champion Fernando Montiel, since he had a technical draw against Jesus Rojas in 2015. He knocked down Montiel four times on the way to the first round stoppage in their April 2016 showdown on FOX. The 27-year-old southpaw from Guadalajara, Mexico has shown heavy hands for a featherweight and is coming off a TKO victory over Mario Briones in his last fight on May 20 on FS1.

“I have been training with former champion Alejandro Gonzalez, and four weeks out from the fight, I am already in excellent condition and in tremendous fighting shape,” said Lara. “I know that this is a very important fight, and that Marrero is a very tough opponent, but I am going to be the winner because I am determined to continue on my road toward winning a world title. After that, we’ll see which champion will be ready to give me the opportunity.”

Marrero (22-2, 16 KOs) was riding an eight-fight win streak before losing by knockout to Jesus Rojas in his last fight. Inside of that eight-fight win streak the 29-year-old Dominican southpaw scored a sensational knockout victory over Carlos Zambrano to earn an interim featherweight title on FS1. The only other blemish on Marrero’s record was a unanimous decision loss to former world champion Jesus Cuellar in 2013.

“I’m excited to be fighting on April 28 on this great show in El Paso,” said Marrero. “I’m fighting an undefeated tough Mexican fighter, but this is the type of fight I wanted to put myself back into title contention. I’m really excited to get in there. Come fight night, you will see ‘The Matrix’ in full effect. Don’t miss it because it’s going to be a great fight.” 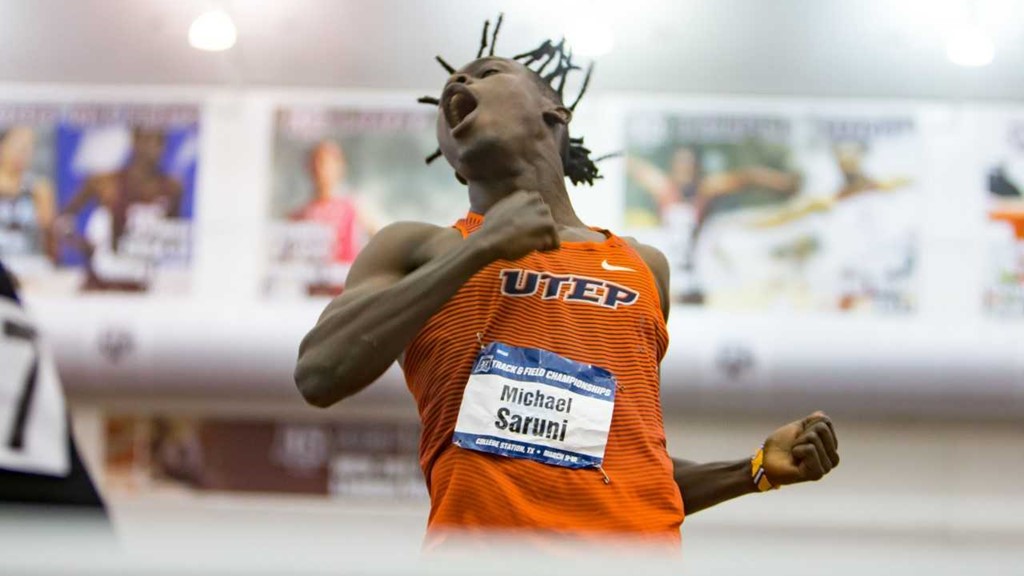 Story in Many Pics: Han, Trout and...

Story in Many Pics + Video: Championship...