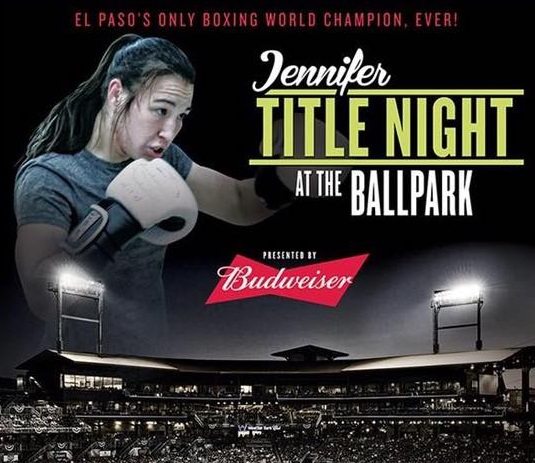 Lillian Martinez’ is out as the challenger for Jennifer Han’s World Featherweight title on Friday, April 29th at Southwest University Park. Martinez, 20-15, of the Dominican Republic and the #3 World ranked contender, failed to appear at a visa interview this week, prompting the IBF (International Boxing Federation) to turn to the next available contender.

She is being replaced by #6 World Ranked, Calista Silgado, 14-5-3 of Columbia.

“Once Martinez missed her appointment, we couldn’t get her rescheduled until the week of the fight,” explained event producer Lester Bedford. ” There’s no way the IBF was going to take the risk of getting Martinez here in time for the fight, so they ordered the next available contender to take her place.

Silgado immediately took the opportunity. She’s been living and training in Florida and already has her visa. Everything is set and she will be in El Paso on Monday with a great opportunity in front of her.”

According to Bedford, this is not necessarily a good break for Han. “Now Jennifer is facing a fighter with a better record and one that has fought in two previous world title fights. Even though Martinez was rated higher, Silgado has a better resume and looks to be a more difficult fight.”

2:00 PM…Boxers step on Scale to weigh