AUSTIN – Reproductive rights advocates are calling a proposed Texas abortion rule “another regulatory overreach” by state officials, and they plan to speak out against it at a hearing this week. The Texas Health and Human Services Commission wants to require abortion providers to cremate or bury fetal tissue rather than dispose of it using currently-accepted medical procedures.

Blake Rocap, legislative counsel for NARAL Pro-Choice Texas, said not only would that add hundreds of dollars to the cost of the procedure, it would also drag more people into the process.

“The rule creates ambiguity and involves other licensed professionals, like funeral service directors and cemeteries that are not involved in medical care, and shouldn’t be involved, and don’t want to be involved in it,” he said.

Rocap said there’s a great deal of uncertainty about how the regulation would work, since there was no public review by either the Health and Human Services Commission or the state Department of Health Services before it was published. The hearing is set for 9am Thursday at the health department’s headquarters in Austin.

Rocap adds it isn’t clear just who is behind the rule, since it was posted on the Friday before the Fourth of July holiday weekend. He believes that was done to ensure the proposal got as little public attention as possible.

“It’s another piece of a pattern of overreach and regulation of medical care, and is specifically targeted at abortion providers and their patients,” he added. “This rule was proposed in the dark of night without any openness, which lets you know that they know they’re doing it the wrong way.”

Similar measures have been passed by legislatures in at least five other states, including Ohio and Mississippi. Texas officials say the fetal-tissue regulations are scheduled to go into effect September 1st.

The full regulation can be found online here. 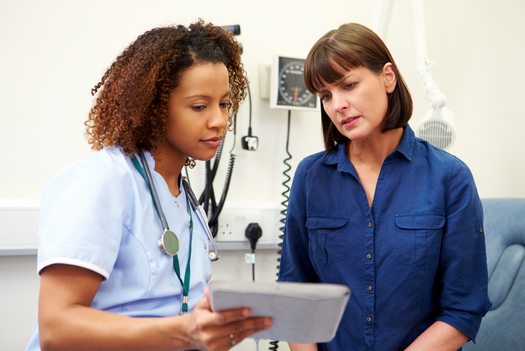