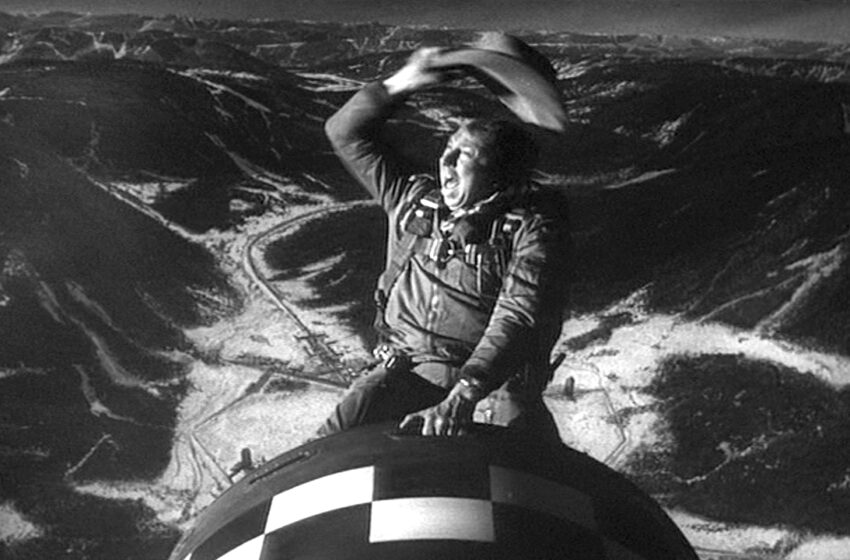 Stick with me here, dear readers. This one’s been brewing a while. The first title of this piece was ‘Uck!’  I’ve since revised this to an inch of its life. As a writer, one wants an ending. A conclusion – a somewhat tidy one that leaves the dear reader in a better place.

As Americans, we want the even BETTER ending. The USAF blowing up the aliens. ET going Home. Rocky winning. Sadly, this is not one of those stories. Think Dr. Strangelove. So buckle up…

With as much as has been written about the rise of what now passes for the Republican Party and Donald Trump, I feel it’s time that I reveal my part in his rise to power.

I can almost remember the exact day. I had just left the O’Donnell Elementary School in Fabens for lunch, where I was substituting – under the watchful eyes of several staff members who some years earlier were my teachers – and one very interested mother, who was also a teacher.  I drove away from the school with a full 35 minutes to eat, go to the post office and maybe the library.

I switched on the radio, and – for some reason – decided to check out the AM Dial.  There was this guy, commenting on new logging rules and how they were hurting business and causing layoffs. Now, it wasn’t that he was making full logical, reasonable points, he was making fun of them – using a song that had a chainsaw instead of a guitar.

And it made me laugh. A lot.  So I kept listening.

I was a newly-minted Republican, having voted in my first election only a few years back. President Reagan was on the way out, and George Bush’s run for the Presidency didn’t seem so sure. The Russians and Communists were still a threat, and I knew the best way to beat them was to elect a strong president and live like everyone on Wall Street.

The Democrats wanted equitable taxes and investment in jobs programs and the environment. And the guy on the radio was having none of it. He was making fun of how Democrats were trying to ruin the country, and their voters – from Feminazis to Liberals to Tree-Huggers – were not worthy of anything but jokes.  It was something I hadn’t heard pointed at ‘the other side.’

Usually all the jokes I heard were at the expense of Republicans…now the shoe was on the other foot…and I ate it up.

And it made me laugh.  And I kept listening  and believed, here – finally – someone saying what needs to be said, showing ‘them’ how it feels to be ridiculed and the butt of jokes.

Parody songs, caller ‘abortions’ and then going after Presidential Candidate Mike Dukakis on his looks and demeanor – it was all stuff Saturday Night Live had done to ‘my side’ – now being turned against Democrats.   And it continued after ‘we’ won the White House, only it got funnier, because the Dems were on the outs and that made the teasing and jokes even funnier.

I laughed even harder and listened even more.

History served up the Clarence Thomas Hearings, the Gulf War, and shortly thereafter the Clintons.  And the jokes went into high gear. Sexual Harassment – HA! Iraqi Army and their tactics – Joke Fodder! And then the Clintons.  We just couldn’t oppose him,  we had to make fun of every single foible and misstep.

And millions laughed and listened, but I stopped. Fun time was over.

You deal with bullies at school who tease your kids, you stop laughing at the jokes at the expense of others. You get a job in news and see the suffering and you understand something deeper – from West Texas to the West Bank to West Africa: suffering is suffering, and we’re all in this together.

But the jokes did not stop, and with the advent of Fox News, the 24/7 news cycle and what we all know now as social media – it all collided: Politics and entertainment at the dawn of a new century. All live on TV.

Bush vs Gore. Then 9/11.  “You’re either with us, or against us.”  Then Afghanistan. Then Iraq. Then the Great Recession, in the shadow of the 2008 Election.  But the jokey-tone never let up. It wasn’t enough to just disagree, you HAD to disparage. And if you got a laugh line or a Jerry Springer-esque ‘ohhhhh’ that meant as much – or more – than a debate win.  And it meant you’d be invited back.

And, somewhere along the way, millions of fellow Americans took it all to heart. And who could blame them? The world’s a scary place, with scary people who don’t look or sound like you…all apparently trying to blow you up. Or take your job. Or your benefits.

And then someone of a different color, with roots from a different place, became President. And it was not only ok to make fun of him, but question his religious background, his birthright and even his patriotism. And even if it wasn’t true, you could say that “I’m just saying…”

And those people that were “just saying” weren’t wacky callers or hosts of an AM talk show, they were elected officials; whom I’m pretty sure – back in the day – listened to the same show and thought “finally, someone saying what needs to be said” and believed it.

I think there’s a lot of us out there who thought it was all jokes and entertainment, and we never thought anyone would take it seriously. While we were laughing, others were hurting and waiting for someone to speak to them.

Americans again made something out of nothing: Trump.  A perpetual Americana machine: boastful, brash and bombastic.

Speaking in bumper sticker slogans everyone can understand, shifting  blame and spitting the best putdowns sound bytes can allow.

Built on jokes, comedians cannot take him down.

Empowered by truthiness, he cannot be fact-checked.

Branded a winner by his own word, he is the success  his supporters believe him to be.

He cannot be weakened by attack, because attackers empower him further.

Now, I’m not blaming Rush Limbaugh, or Fox News, or any of the numerous ‘pundits’ that both gave birth to. They simply read the market and provided the service: 100% American Know-How at its finest.

I’m blaming myself for not realizing earlier that those seeds they planted, and I helped water with my laughter, would someday blossom and bear fruit.  Bitter fruit.  My laughter is gone, replaced with a realization that a difficult Fall harvest lay ahead.

My votes and laughter have come home to roost.

This column has been hard to write, because – as a storyteller – one wants to write an ending – and there is none to write. Only possibilities.

Possible protests, possible police actions, possible chaos at the convention(s) and an election which could lead to fully half the country feeling even more isolated and angry, regardless of the outcome.

I don’t know how to avoid any of it, only to say that the time of the laughing American is over.