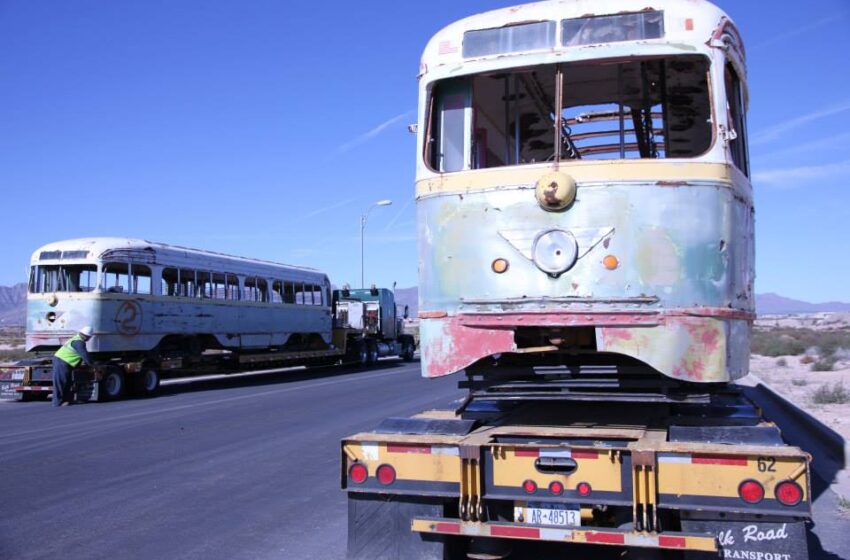 Three of El Paso’s historic Presidents’ Conference Committee (PCC) streetcars began rolling again today as they started their journey on the back of flatbed trucks bound for Western Pennsylvania where they will be restored before being returned to service on the streets of Downtown El Paso.

“The El Paso Streetcar Project will provide another mobility option in our fast-growing downtown, historic neighborhoods, and institutions of higher learning,” said Michael Herrera, assistant director of Sun Metro, the City of El Paso’s Mass Transit Department. “The streetcar project will also serve as another catalyst to drive economic development in the historic core of the city.”

The street cars served Downtown El Paso for decades – even carrying passengers to and from Ciudad Juárez – until the 1970s when service was discontinued and the tracks were removed. They have been stored at the El Paso International Airport ever since.

This project is funded by a $97 million grant from the Texas Department of Transportation to remanufacture the PCC cars and construct the 4.8-mile line which will serve Downtown, South El Paso, and the University of Texas at El Paso. Construction will be managed by the Camino Real Regional Mobility Authority (CRRMA). After construction, operation of the line will be managed by Sun Metro.

The CRRMA reported to City Council earlier this week that work is already underway on some utility work related to the project. Construction activity will begin on El Paso streets in January 2016, according to the CRRMA.

Additional street cars will be transported to Brookville for restoration at a later date. 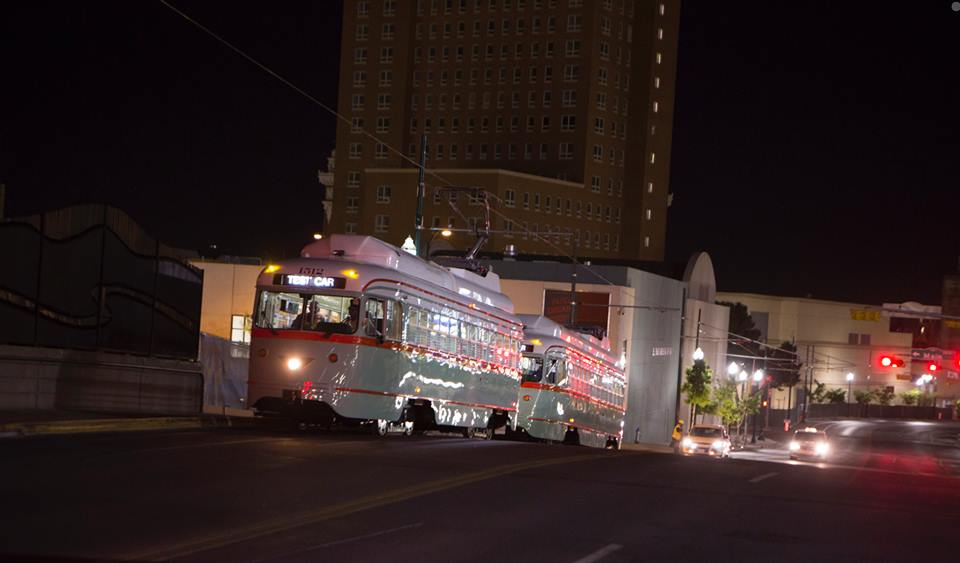