A pilot strides forward, his green flight suit a stark contrast to the pale blue of a desert morning sky. An insignia, circled in gold and donning a sheep with a wool coat black as night, is stitched atop his right breast.

He hikes up a ladder, hands gripping steel and hops into the cockpit of an F-16 Fighting Falcon.

The Black Sheep have returned.

“I have no doubt that the proud heritage of the Black Sheep will continue here at Holloman under the leadership of [Sletten],” Keen said. “[Sletten] is a man with incredible core values, who is people-oriented, professional and a credible tactician. These traits are paramount to the mission of the 56th Fighter Wing, which is to build a future of air power by leading the Air Force in developing Airmen and training fighter pilots.”

The squadron, first activated at Selfridge Field, Michigan, Jan. 16, 1941, as part of the 49th Pursuit Group, has maintained and piloted various styles of aircraft under an ever-evolving mission.

Such aircraft including the P-40 Warhawk, the P-38 Lightning, the F-117 Nighthawk and most recently, the F-22 Raptor, were utilized throughout World War II, the Korean Conflict and in parts of Southeast and Southwest Asia.

“In July 1968, the 49th Tactical Fighter Wing was assigned to Holloman after several European assignments,” said Arlan Ponder, 49th Wing director of media operations and former base historian assistant. “From May through October 1972, the 8th was deployed to Takhli Royal Thai Air Force Base, Thailand for combat operations. While in Southeast Asia, the 8th flew air interdiction and close air support missions. They received an Air Force Outstanding Unit Citation with a combat Valor device for their participation in Vietnam.”

In continuation of its colorful history, the 8th FS will now maintain and pilot F-16 fighter jets, with its sister squadrons, the 311th FS and 314th FS here.

According to Sletten, more than 40 F-16 fighter jets are projected to be transported to Holloman, which is almost double the amount of aircraft currently stationed here. An influx of personnel will accompany these aircraft, including approximately 600 contracted maintainers and nearly 60 Airmen.

This historic event comes at a unique time as the Air Force is currently experiencing a fighter pilot shortage.

According to Lt. Gen. Gina M. Grosso, Air Force Deputy Chief of Staff for Manpower and Personnel Services, who testified on the pilot shortage before the House Armed Services subcommittee on Military Personnel in Washington, D.C., March 29, 2017, this crisis is the result of several factors, including high operational tempo over the past two decades and a demand for Air Force pilots from commercial industries.

“Our mission is to build the future of air power and to lead the Air Force in developing Airmen while training F-16 fighter pilots,” Sletten said. “My goal is to produce Airmen and fighter pilots who are first and foremost, professionals, and who are lethal and passionate when it comes to their craft.”

In alignment with this mission, Sletten aims to honor and build upon the 8th FS’s legacy while reinvigorating the enthusiasm and passion of his Airmen.

“I am very excited to be leading the Black Sheep of the 8th FS,” Sletten said. “It is a privilege very few people have and a great responsibility–one I do not take lightly. I cannot wait to start contributing in tangible ways to the overall mission of the Air Force while instilling pride and excitement in the young men and women who are working for me.”

Editor’s note: Information from THIS related article was used in this publication. 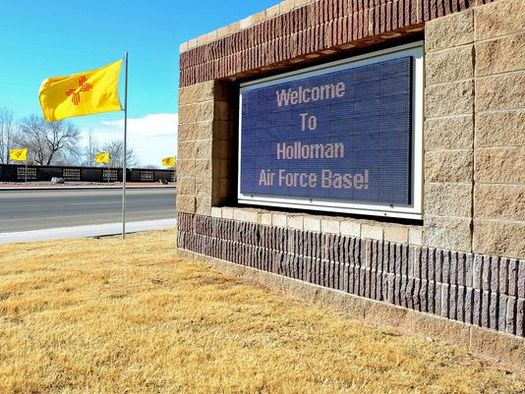