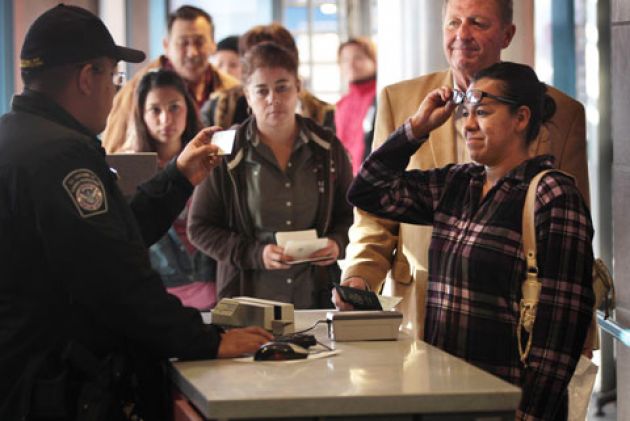 At a Wednesday morning news conference, Hope Border Institute and the Borderland Immigration Council (BIC) — a newly formed binational coalition consisting of local immigration attorneys and advocacy groups — called today for an end to the apparent systematic denial of discretionary relief by the U.S. Immigration and Customs Enforcement (ICE).

The use of prolonged detention, family separation and the denial of discretionary relief by ICE has developed into a punitive policy designed to discourage and deter vulnerable immigrants seeking asylum at El Paso ports of entry.

In recent months following the arrival of new leadership at ICE in El Paso, members of the Borderland Immigration Council have witnessed both a dramatic increase in the denial of parole to refugees fleeing to El Paso with credible fear claims as well a significant reduction in the approval of stay of removal requests for immigrants not prioritized for deportation.

Members have also observed accelerated trends in the separation and detention of families seeking asylum; family members fleeing the same violence are routinely split up with one or more members detained, compromising the family’s ability to make asylum claims in court.

One local attorney has seen these abuses exemplified in the case of a young Mexican mother fleeing violence at the hands of a powerful cartel leader in Juarez. Mariana Ibarra has been separated from her infant child and is currently being detained while awaiting an opportunity to make her case for asylum before an El Paso immigration judge.

Mariana and her sister, Laura Ibarra, together with their mother, Cristina Moran, have been repeatedly denied parole even though the U.S. Citizenship and Immigration Services (USCIS) has deemed Mariana to have a viable, credible asylum claim. ICE has disregarded agency humanitarian policies even as Mariana remains separated from her six-month old child.

Given the lack of success in local efforts to address these concerns with ICE leadership, the Borderland Immigration Council is seeking accountability sessions with the USCIS Asylum Office for Texas in Houston as well as with regional and national ICE leadership.