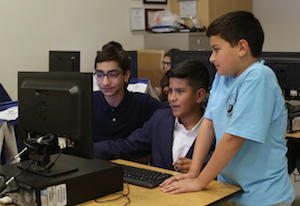 “I think our story was more in depth and had more of a cinematic feel,” said Aldasouqi, who worked on the programming aspect of the game. “I know how hard it is to make games so I appreciate them more.”

Gonzalez took on the documentation and the storyline. He and his teammates all started playing video games as preschoolers.

“I thought it would be great if I could make games that I could play,” Gonzalez said. “Video games give you a place to escape stress and reality.”

Iglesias focused on the artwork, which featured a spaceman, a planet, volcano and the famous Hollywood sign. He has been playing video games since he was 4.

“I liked it a lot but I’m probably biased,” he said, smiling. “We had family and friends play it for constructive criticism to improve it.”

Hornedo also received sixth place in the Inventions and Innovations category with a team comprised of Emily Do, Aurora Holt and Teresa Moreno.

Tech teacher Mike Quarles credits the success of the Hornedo Tech Club to the enthusiasm and dedication of his students, who come nearly every day after school to play and design video games. His students have earned Best in State for six of the last seven years.

He opens his computer lab four days a week before and after school, providing Tech Club students an open work place to try gaming and creating using specific gaming software. Students work together and independently learning to incorporate music, video, graphics and animation into their creations.

“I give them a little push and the rest is on them and what they are curious about,” Quarles said. “I encourage them to build something they can share with their contemporaries.” 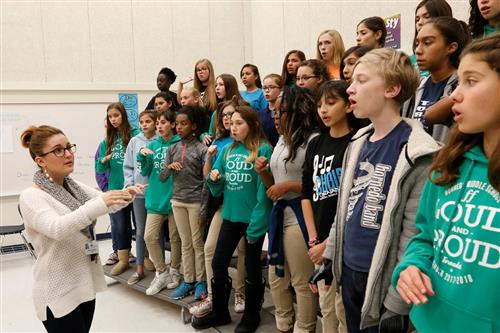