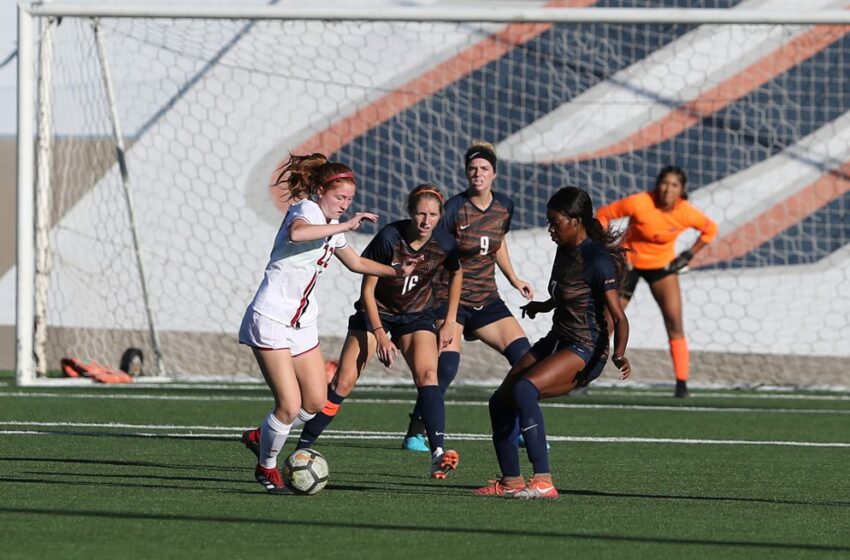 “We have a challenging road trip ahead of us,” head coach Kevin Cross said. “We play two very good teams in New Mexico and Weber State. New Mexico is very athletic and skilled and they fight for every single ball. Games against Weber State are also always going to be a battle. Our team will have to put in a complete team effort for 90 minutes to get positive results on the road. We look forward to the challenge.”

These are the last two matches before the Miners start Conference USA play.

Getting to Know New Mexico
University of New Mexico is 2-3 in the 2018 season. The Lobos kicked off their season with a fresh squad after eight starters from the previous season graduated. Freshman forward Alesia Garcia leads the team with three goals, scoring the winning goals for two consecutive games. The Lobos have

Series History vs. New Mexico
The Orange and Blue lead the series 5-4-1. The Miners are looking to redeem themselves after last year’s loss (1-0) in overtime (8/27/17).

Getting to Know Weber State
Weber State is 0-2-1 in the season. The Wildcats are looking to score their first goal of the campaign. Weber State has also had some glitches on the year with two games being postponed due to inclement weather, one resulting in a reschedule and the other in a cancellation.

Clutch Crenshaw
Lauren Crenshaw’s game winning penalty kick against Norther Illinois makes her 3-3 in PK’s this season. She is the first Miner in program history to make three penalty kicks in a year. With that goal Crenshaw now leads the team in goals for the season.

Strong Across The Board
UTEP has demonstrated that it works as a team with nine players accounting for 13 goals. Vic Bohdan leads the team with two goals, while Danielle Carreon, Lauren Crenshaw, Anna Jimmerson, Jojo Ngongo, April Pate, Cayla Payne, Jackie Soto and Natalie Valentine have contributed to the offensive success.

The Game Plan
The Miners have started their matches defensively strong. They have given up only one goal in first-half action this year. UTEP has put its attack to the test in the second half scoring the majority of its goals after the break (nine of 13).

Palacios & The Career Rankings
Senior GK Alyssa Palacios has compiled some staggering numbers during her career in the Sun City. The result has been her stamping her name throughout the UTEP career record book. She enters Friday’s match currently second for saves (369), save percentage (.835), third in shutouts (19), third in GK wins (35), GK games started (65), saves per game (5.71), GK minutes played (5,976:58), fourth for saves per game (5.68) and in GK matches played (65) and fifth for goals against average (1.10).

The Basic Facts
UTEP is in its 23rd season as a program, boasting an all-time record of 251-169-30. The Miners are under the direction of 18th-year head coach Kevin Cross who sports a mark of 209-121-23 in that time frame. He is assisted by two former Miners (Heather Clark and Jessie Pettit).

A Unique Blend
UTEP’s roster of 23 for 2018 has a unique blend with 12 native Texans, seven individuals hailing from Canada and a quarter that call Arizona home.

A Maturing Roster
In 2017 20 of the 27 members of the squad were underclassmen, so it’s only natural that this year’s squad has a bit more experience. In 2018, the Orange and Blue feature a unit where 14 of the 23 individuals are either freshmen (seven) or sophomores (seven). There are four juniors and five seniors who are providing leadership for the still relatively young group.