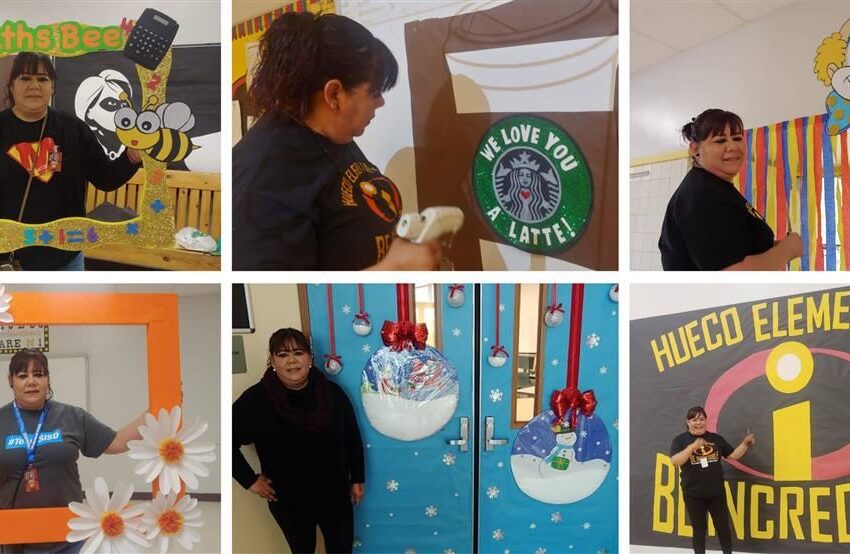 Socorro Independent School District volunteer Ofelia Murillo won the prestigious 2020 Heroes for Children Award given by the Texas State Board of Education.

The Heroes for Children Award is awarded to 15 recipients in Texas for their outstanding contributions of time and service to support public school students.

“It feels very nice because I never imagined that I was going to win that award, but it is an award dedicated to everyone,” said Murillo, who volunteers primarily at Hueco Elementary School.

“We are delighted to congratulate this wonderful woman on this much deserved recognition,” said Hueco Elementary principal Daisy Garcia. “People say it takes a village to raise our kids. Ms. Murillo is a testament to the impact and importance it is to have a village in our schools and community.”

SISD parent volunteer coordinator Raquel Tarango said she works closely with Murillo who not only helps students and teachers at Hueco but has assisted at other schools and with district events.

“She won this award based on her compassion for the students and her love for volunteering,” Tarango said.

After the sudden passing of her husband, Murillo wanted to be closer to her young children. She started volunteering at their school. She and her children found comfort and support from the Hueco community.

“It was very hard for me to be at home with the kids at school, so I had the opportunity to become a volunteer and it has helped me so much,” Murillo said “Being around the kids has helped me a lot. You can’t imagine.”

With her children now entering middle school at Salvador H. Sanchez, she will be moving on to volunteer there.

She was recognized at the general meeting of the State Board of Education on Sept. 11 with a resolution in honor of the Heroes for Children Award recipients.