The Humane Society of El Paso’s number 1 Bachelor is on the hunt to find his paw-fect companion and forever home.

Officials with HSEP, the local no-kill non-profit, animal shelter, are hosting a casting call for dog owners and their canines to compete for the love – and rose of the long-time resident, Jaxin.

Jaxin is a two-year-old Shepherd mix that was surrendered to the shelter in early October 2019. The stresses of this transition and the shelter caused him to become very timid, especially around people.

After much time and patience from the HSEP Staff, Jaxin began to make leaps and strides in his progress.

“We’ll be sad to see him go, but we all know he deserves a forever home and a good friend,” says Director of Operations, Julie Rutledge, “He comes out of his shell and is a different dog when he has a confident companion around.”

The Shelter is accepting video and letter submissions from potential adopters between January 14th – February 2nd; entries may be sent to scortez@hselpaso.org.

After submissions have been made, potential adopters will be contacted to schedule a Meet and Greet Date to determine the canine’s chemistry; Tuesday, February 4th – Wednesday, February 12th.

The owner canine duo that is most suitable for Jaxin will be announced during the Rose Ceremony held on Valentine’s Day, February 14th.

For more information on The Bachelor event, the website.

In addition, HSEP will also be hosting its second year of Pal-entine’s Day $1 Treat Grams. For more information on this event, the Pal-Entine’s Day website. 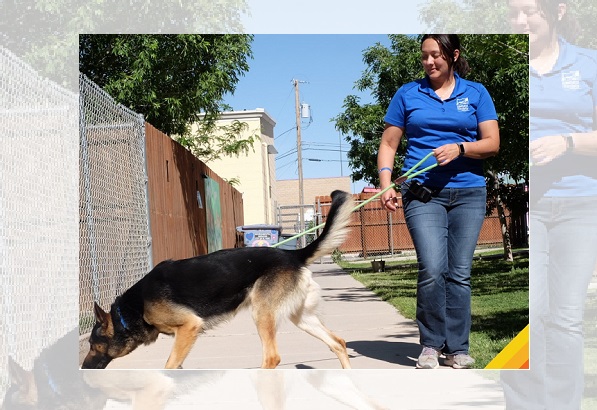