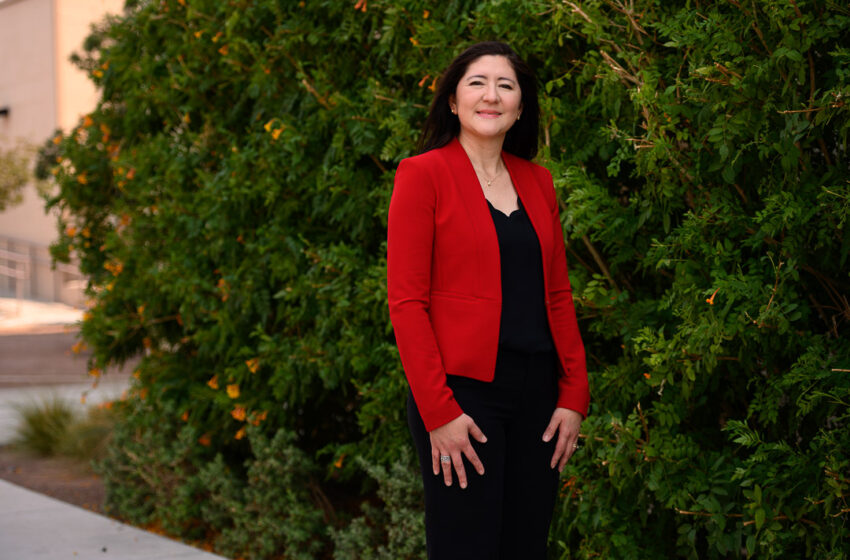 “While I attended Texas Tech University, I worked for the YWCA Lubbock’s YWCARE after-school program,” Loera said. “This program allowed me the opportunity to engage with community members and share my experience as a first-generation college student to encourage students to think beyond high school. | Photo courtesy TTUHSC El Paso

Gloria Loera, D.N.P, R.N., NEA-BC, an assistant professor at the Hunt School of Nursing, has been appointed to the board of directors for the YWCA El Paso Del Norte Region for a three-year term.

“My goal is to continue the partnership Texas Tech University Health Sciences Center El Paso has established with the YWCA,” Loera said. Her term started in August. “I’ll also contribute my knowledge and experience as a health care provider to improve the quality of life for our community and the students the university educates. I plan to actively participate in fundraising efforts to support the YWCA’s mission. Furthermore, I’m eager to collaborate with a diverse group of women to accomplish the strategic goals of the YWCA.”

A native El Pasoan, Loera joined the faculty at the Hunt School of Nursing as a lecturer in 2015 and transitioned to a full-time assistant professor in January 2018. She pursued an education and career in nursing at the advice of her mother.

Loera’s work with the YWCA goes back several years.

“While I attended Texas Tech University, I worked for the YWCA Lubbock’s YWCARE after-school program,” Loera said. “This program allowed me the opportunity to engage with community members and share my experience as a first-generation college student to encourage students to think beyond high school.

“Fast forward to now, as a professional. I participated with Leadership Texas’ class of 2019. During this yearlong program, I met various women from the state and our community of El Paso. Jessica Christianson, who serves on the board for the YWCA El Paso Del Norte Region, nominated me to serve on the board of directors.”

The COVID-19 pandemic has impacted all areas of life, including revenue for the YWCA, a nonprofit organization.

“As school districts in the community transitioned to virtual learning, revenue generated from the YWCA after-school program decreased significantly,” Loera said. “However, through this hardship, both the leadership and board decided that more than ever, the YWCA needed to continue supporting the community. The YWCA established processes to implement safety procedures necessary to continue providing childcare services. These services supported essential employees and families by providing a learning environment with access to the internet, and staff to reinforce learning objectives.”

Loera took prerequisites at Texas Tech University before transferring to Texas Tech University Health Sciences Center in Lubbock, where she graduated with her Bachelor of Science in nursing in 2000. From there, she moved to Grand Prairie, Texas, where she worked as a registered nurse at Parkland Hospital in Dallas and Baylor Health Care System in Fort Worth.

During this time, she attained a Master of Science in nursing, nursing administration, from the University of Texas at Arlington in 2006. She returned to El Paso in 2008 to work for The Hospitals of Providence as a director of nursing. She completed her Doctor of Nursing Practice, executive leadership, at TTUHSC in 2013.

Loera has extended her impact beyond TTUHSC El Paso by forging relationships with the broader community. In 2016, Loera co-led the Upper Rio Grande Region of the Texas Team Campaign for Action Coalition in the El Paso region. The organization’s mission was to increase the number of nurses serving on medical boards and other committees, with the goal of reaching at least 10,000 by 2020.