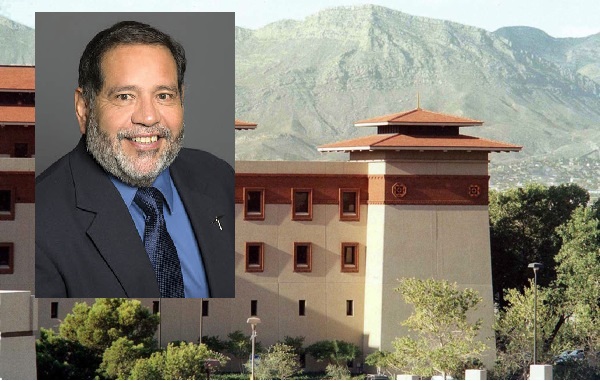 Gabriel Ibarra-Mejia, M.D., Ph.D., assistant professor in The University of Texas at El Paso’s Department of Public Health Sciences, has been appointed as the U.S. co-leader for the environmental education and sustainability task force with the U.S. Environmental Protection Agency’s U.S.-Mexico Border Environmental Program.

The role of the task force is to serve as a mechanism for border stakeholders to collaborate, share information, raise concerns to government officials, and learn about ongoing efforts in the border region.

Among his duties as co-leader, Ibarra-Mejia will be responsible for creating and implementing action plans for the task force and identifying environmental issues within the task force to address the border program’s goals and objectives.

He also will serve as liaison between tribal, local, state and federal participants to effectively leverage resources to achieve program goals and to communicate the priorities and strategies to the task force members and stakeholders and the staff of federal and state agencies.

Ibarra-Mejia joined UTEP’s College of Health Sciences in 2006. He holds a Ph.D. in environmental science and engineering from UTEP and a master’s degree in ergonomics from Lulea Tekniska Universitet in Sweden.

In 2021, Ibarra-Mejia was among a group of international ergonomics experts who contributed to the publication, “Vaccinating a nation: Ten human factors and ergonomics principles,” by the Chartered Institute of Ergonomics and Human Factors (CIEHF).

The publication was in response to the World Health Organization’s recommendations on global COVID-19 vaccine rollouts. For more information about the CIEHF document, click here.