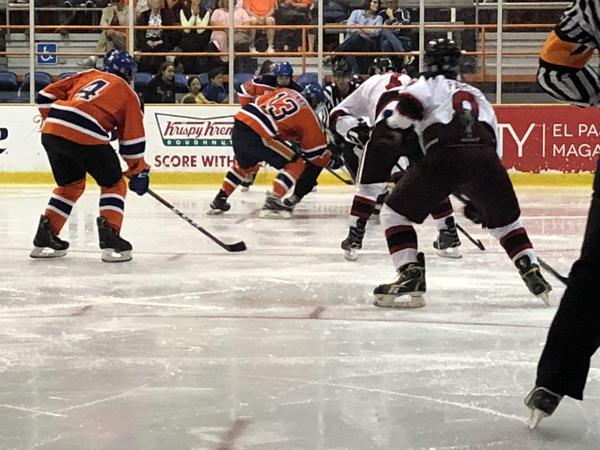 The Miners opened their season against the Texas Tech Red Raiders Friday night with a dominant performance from start to finish, ending in domination as UTEP topped Texas Tech 21-1.

Left winger Austin Simpson led the way for the Miners picking up 7 points on the day, with a hat trick and 4 assists. Goals were not in short supply tonight, as junior defenseman Kevin Duncan (3 G, 1A) and sophomore forward Noah Vanderzwan (3G, 2A) recorded hat tricks tonight.

Freshman Angus Campbell was fantastic between the pipes, in his collegiate debut, although Texas Tech was not given much of a chance to score.

A dominant display from the Miners special teams as well as they scored 8 power play goals and allowed zero goals on the penalty kill. The Miners set a new club record with 21 goals scored at home in a single game.

The Miners are back for game two against Texas Tech, Saturday at 3:30pm.