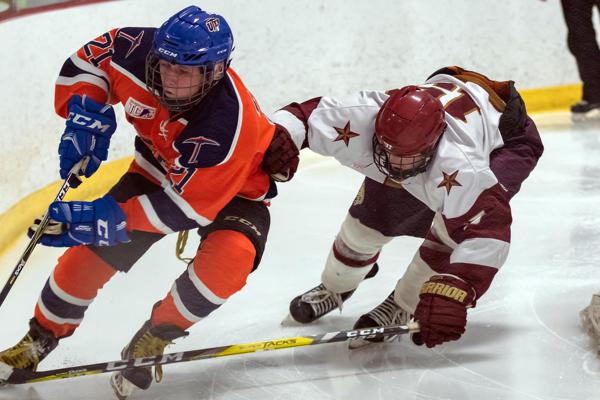 After a successful road trip, the Miner Hockey Teams look to continue their winning ways as they take on the always-tough University of New Mexico Lobos this weekend.

Splitting a series with the Texas A&M Aggies, then bouncing back to sweep the Texas State Bobcats last week, Head Coach Tom Herman and the Ice Miners are glad to be back home.
Sitting in second place, behind the UT Longhorns in the Texas Collegiate Hockey Conference (TCHC)  Southern Division, UTEP will host the Lobos as part of the Annual Stick it to Cancer weekend, October 20 and 21.
“We’re looking forward to renewing the rivalry,” said Coach Herman. “Plus, it’s a weekend of bringing awareness to a cause too many people have been affected by.”
Both games are scheduled for a 3:30pm puck drop. In show of solidarity, the Miners players and staff will add a touch pink in support of breast cancer awareness month.
For ticket information, and to read recaps from the previous road games, visit the Ice Miners website.
Tags: miners utep utep hockey utep miners