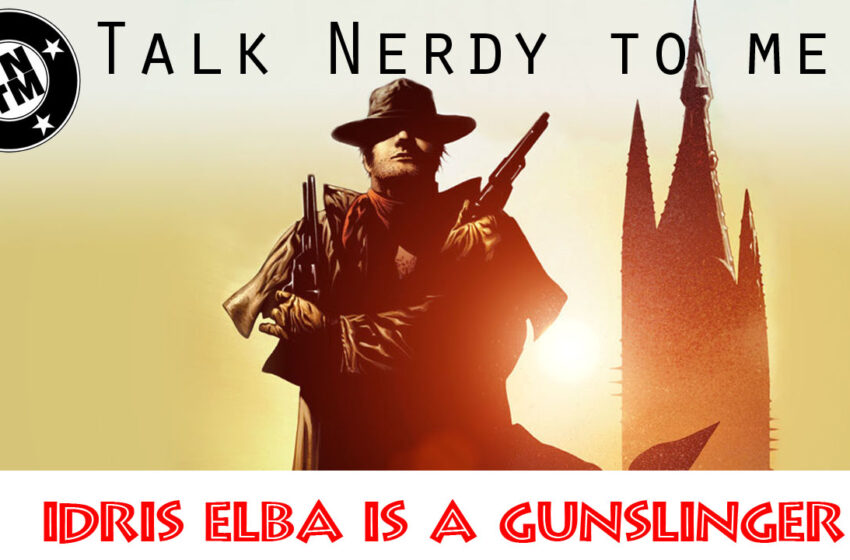 Jack and Troy discuss the casting of Idris Elba as the main character, Roland Deschain or the Gunslinger, in Stephen King’s The Dark Tower movie.

Gunslinger Roland Deschain roams an Old West-like landscape in search of a dark tower, in the hopes that reaching it will preserve his dying world. Roland is the last living member of a knightly order known as gunslingers and the last of the line of “Arthur Eld”. This is his world’s analogue of King Arthur.

Politically organized along the lines of a feudal society, it shares technological and social characteristics with the American Old West but is also magical. Many of the magical aspects have vanished from Mid-World, but traces remain as do relics from a technologically advanced society.

Roland’s quest is to find the Dark Tower, a fabled building said to be the nexus of all universes. Roland’s world is said to have “moved on” and it appears to be coming apart at the seams.

Popular Stephen King character, Randall Flagg is the primary antagonist in King’s epic series, The Dark Tower. Flagg tries to keep Roland Deschain from reaching the Tower (the linchpin of existence) so he can claim it for himself and become a god. The Dark Tower expanded on Flagg’s background and motivation, linking his previous appearances.

Mighty nations have been torn apart by war, entire cities and regions vanish without a trace, and time does not flow in an orderly fashion. Sometimes, even the sun rises in the north and sets in the east.

As the series opens, Roland’s motives, goals and age are unclear, though later installments shed light on these mysteries.

TNTM VLOG: Talk Nerdy to Me for...