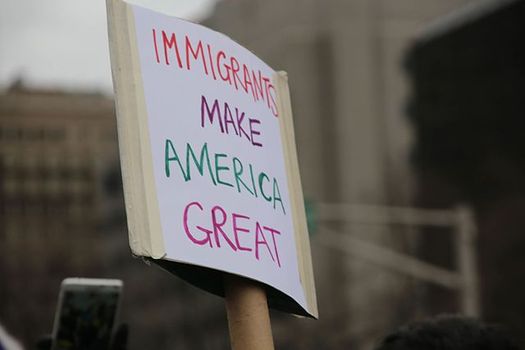 Contrary to the president’s statements, four decades of evidence shows no link between immigration and increased crime, according to Robert Adelman, the study’s lead author at the State University of New York.

“For crimes like murder, robbery, burglary and larceny – as immigration increases, crime decreases on average in American metropolitan areas,” he points out. “We found no effect of immigration on aggravated assault.”

Researchers studied census and FBI crime data in 200 metropolitan areas from 1970 to 2010.

During his presidential campaign, Trump repeatedly maintained immigrants increased crime. Since taking office, he has signed executive orders restricting entry into the U.S., prioritizing deportation, authorizing construction of a wall on the Mexico border, and withholding federal funds from sanctuary cities.

Adelman says facts are critical in the current political environment, and points to research showing foreign-born individuals are less likely to commit crimes than native-born Americans.

In his view, the benefits brought by immigrant populations to U.S. cities outweigh any perceived risks.

“When we think about the benefits of immigration, you can think of economic revitalization, population growth, contributing to lower rates of vacant and abandoned buildings, cultural enrichment and – with our findings, in many cases – lower levels of crime,” Adelman stresses.

Adelman adds he hopes the research will help policymakers make decisions based on scientific evidence, not ideologies and claims that demonize particular segments of the U.S. population without facts to back them up.