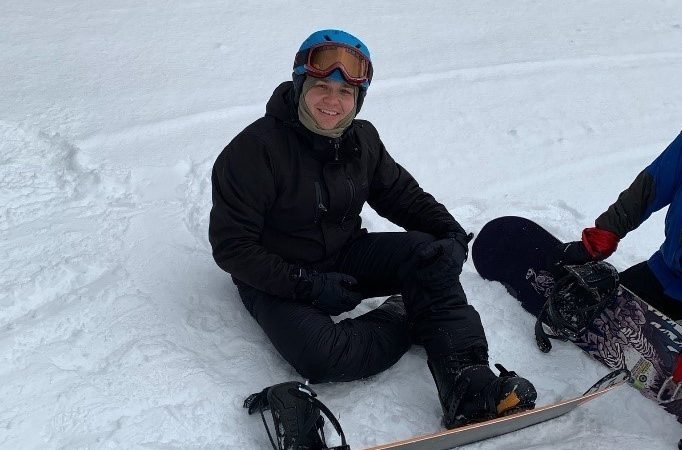 ARLINGTON, Va. – U.S. Army Spc. Eddie Cordero soldiered on through the pain of injuring his back and neck during a deployment to Afghanistan in 2017.

Once he returned to Fort Bliss, Texas after his deployment, he knew he needed to do something about it. Fortunately, he learned about the Army’s Warrior Transition Units and what they do for wounded, ill and injured Soldiers and ultimately decided it was a path he needed to take.

In July 2018, Cordero was assigned to the WTU at Fort Drum, New York, which was much closer to his hometown of Yonkers, New York. He readily admits the time to recover from his injuries was necessary, but it wasn’t easy.

“Since being [at the WTU], I’ve gotten treatment and care I may not have received if I had made the decision to go straight home,” Cordero said. “I’ve taken advantage of the many activities they have here at the Ft. Drum along with the care which have both been amazingly good.”

Cordero says that the WTU cadre and civilian workers have been some of the best he has come across in his military career. He has also been able to take courses at The State University of New York Empire State College that they offer on the campus of the WTU, something he never thought he would do.

The WTU continued to push and offer Cordero opportunities he never thought he would have. The adaptive reconditioning team and recreational therapists at the WTU introduced Cordero to snowboarding and skiing on a trip to a Vermont ski resort for Soldiers in recovery.

“I started out on the little bunny slope seeing a bunch of kids, some probably as young as five years old, and they were skiing with no problem, even coming down the bigger slopes,” Cordero said. “I thought to myself this would be easier than I thought. Boy was I wrong, fell a bunch of times over my two days there.”

He also tried his hand at snowboarding from an Army Veteran instructor who lost the use of one of his hands from a deployment. The encouragement was all he needed and after a few days he was somewhat successful.

“I made it to the bottom [of the hill] to my relief uninjured and with a smile in my face. I did fall a few times coming down, but I had a blast doing it,” Cordero said. “From someone who never went skiing or snowboarding to that was a great accomplishment for me and I enjoyed the experience.”

Cordero is thankful that he took advantage of going to the WTU to recover. He understands the struggle for Soldiers who have trouble admitting they are suffering because they don’t want to leave the fight and encourages them to seek help and seize the opportunity to recover and get better.

“Don’t do the bare minimum and get treatment and stay in your room. Get out to do things, stay positive, and better yourself with this experience [at the WTU]. It’s what you make of it.”