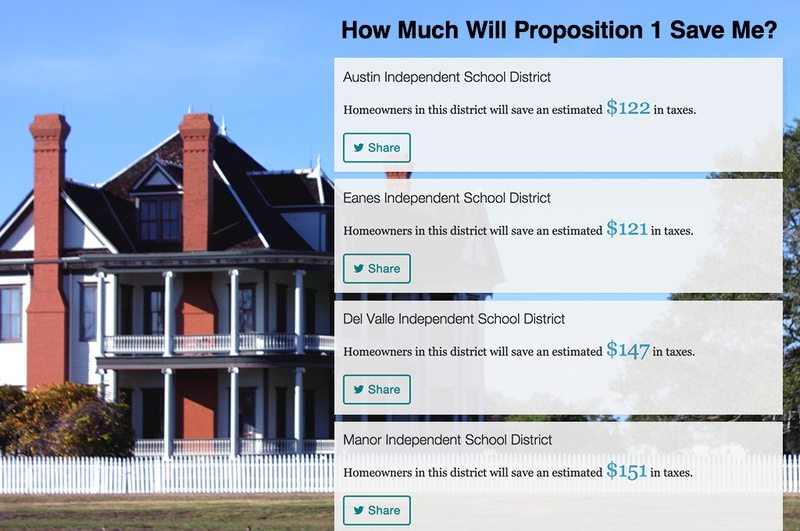 Voters are heading to the polls and casting early ballots in the Nov. 3 election, which includes an effort by state lawmakers to lower Texans’ property tax bills. If Proposition 1 passes, the homestead exemption for school districts will rise from $15,000 to $25,000.

How that impacts a homeowner’s tax bill depends on their school district’s tax rate.

Use our interactive program below (courtesy The Texas Tribune) to determine the estimated annual savings homeowners in your school district can expect to see on their property tax bills if Proposition 1 passes.

The estimate is based on 2014 tax rates compiled by the Comptroller’s Office. Most school districts are not expected to change their rates in 2015, according to Dan Casey, a school finance expert with the consulting firm Moak, Casey & Associates.

The measure also prohibits state officials from ever levying a tax on real estate transactions.