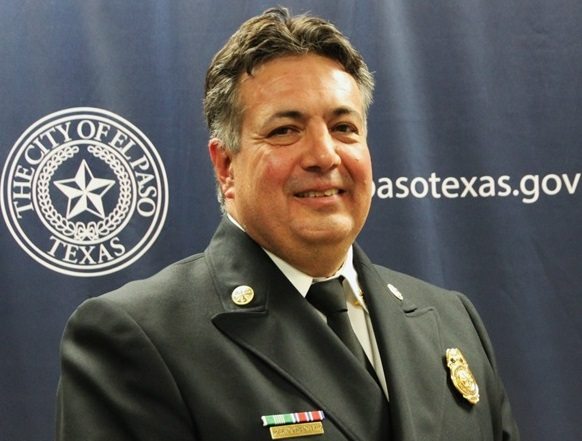 Mayor Oscar Leeser said, “I would like to congratulate Chief Mario D’Agostino on his latest appointment. I also want to thank all the firefighters that were considered for this position. I know the decision was not an easy one for City Manager due to the great number of qualified candidates within the Department. I am proud to say that the El Paso Fire Department will remain on its path of excellence by having one of their own continue to lead this great department. Congratulations to Interim Fire Chief D’Agostino, and thank you to City Manager for having a smooth transition in leadership.”

The City Manager, along with members of the leadership team, interviewed several highly qualified candidates from within the fire department.

“The El Paso Fire Department has many qualified candidates, and I appreciated their time and input during this process. However, Assistant Chief D’Agostino did rise to the top with his extensive knowledge in both operations and administration. I’m confident he will ensure that the department continues to deliver outstanding service to the El Paso community,” said El Paso City Manager Tommy Gonzalez.

D’Agostino is a long time El Pasoan who started his career with the El Paso Fire Department in 1992. Since then, he has held several positions within the department, promoting through the ranks to the position of Assistant Chief of Capital Assets and Personnel Support Services.

He has a bachelor’s degree in Fire Science as well as a Master of Business Administration/Public Administration from Columbia Southern University. Along with a number of certifications, D’Agostino was accepted into the National Fire Academy’s Executive Fire Officer Program

D’Agostino will begin his role as interim Fire Chief effective immediately. In the meantime, City Manager will work closely with the new Interim Chief before making a determination on the next steps.