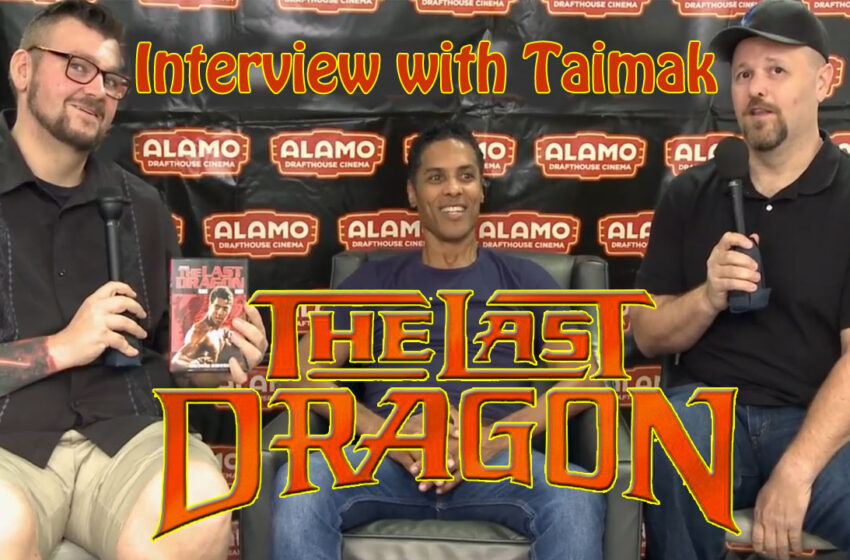 The film was a critical disappointment, but a financial success ($25 million box office).

Taimak had the lead role of Leroy Green a.k.a Bruce Leroy, a martial artist in search of “The Glow” that only a true master can achieve. He has also been in several music videos including the lead male in Janet Jackson’s “Let’s Wait Awhile” and Debbie Allen’s “Special Look”. His autobiography, “Taimak The Last Dragon” was published by Incorgnito Publishing Press.

Taimak is a very driven and accomplished person. The Last Dragon is over 30 years old and is considered a cult classic. Most importantly, he is a genuinely nice guy. Don’t take my word for it, watch the interview where he indulged Patrick and I fan-boying all over him.