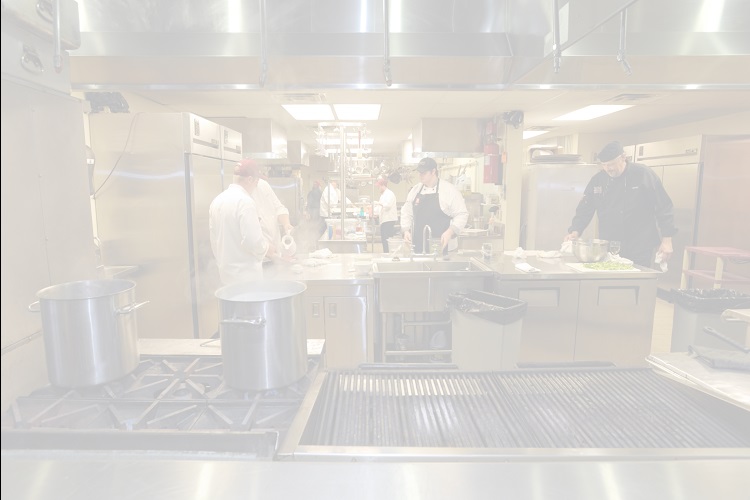 For the last year and a half, the food world has been turned on its head. The Coronavirus Pandemic resulted in much more, than an immense and tragic loss of life for many; but also single- handedly decimated the restaurant/service industry overnight.

Or did it? Was it the pandemic that toppled it? Or was the industry poised to implode for years? Now, before some of you gather all the towns people and pitchforks to run me out of town; hear me out!

I was a restaurant GM and Training Manager for 15+ years for multiple prominent national brands, mom & pop shops, local chains; and I know firsthand that the food industry is one of the most challenging business models to operate, regardless of how many years you have been in the business.

My story is not unique, in fact it is quite typical. If you are not one of the 1 in 3 Americans to have worked in the restaurant industry, allow me to paint a picture.

You operate in a highly regulated industry, where your product has to be handled with meticulous care or you could seriously injure someone or worse!

The same product also has to be handled in a clean and sanitized environment, while it simultaneously emits greasy and harmful vapors, splashes sticky, often staining, and usually scalding, or bacteria ridden sauces, oils, and liquids EVERYWHERE! Generally, leaving a mess like the remnants of a slug that has left a happy little trail for you to clean up!

If that product doesn’t sell, it can’t just continue to sit on the shelf because it has a kill by date; so, if it doesn’t get used it gets tossed, and you just ate the cost. Congrats!

Since the turnover rate in the industry is generally horrible (75% in 2019 according to Forbes) you ALWAYS have someone to hire; then, subsequently train how to do the job they have been hired for. It is a truly never-ending cycle and occasionally by the end of the day, you’re just glad to have made it out the other side, much less have actually accomplished something impactful.

Oh, and that’s just the kitchen.

The number one issue for restaurant operations today, is staffing; and boy oh boy, do we feel it! We can’t get seated quick enough, our drinks don’t get refilled as often, tables go without being turned over for much longer than they should, we see our servers less often trying to ‘earn’ that tip. (We will get into the antiquated practice of tipping at a later time)

To-Go and Pickup orders are often late or have incorrect or missing items. There is simply less staff and it is ruining the dining experience in many cases.

We feel it, we ALL feel it; but do we understand it? Like really, truly, grasp the concept of what has actually led to this? Do we as a society know, what it has been like for these operators and their teams from their perspective on the opposite side of the counter…for a year and a half plus?

Are we ready to have that conversation? I don’t think we are.

So, re-read the paragraph before this and imagine the same scenario with 50% less staff, which means you require 200% effort from every individual to make up for the missing team; and you are losing team members faster than you can count. So now all of this is happening, and you have to do that hiring and training thing again.

Your skeleton crew has covered so many shifts, and worked so much OT, that they are flat out refusing to work anymore! They have other
priorities, like attending school, or other jobs (because the industry doesn’t pay enough). They also have to do human being things like eat, and sleep, and see their families for 5 seconds!

Meanwhile, your sales have not dropped congruent with the loss of staff, so the public and your customers still demand a 100% effort, and experience from you! They tend to forget, you have not recovered from the shutdown financially, physically, emotionally, and oh that’s right…you are still severely understaffed!

Add in overly stressed, overly cabin-fevered, ‘strong minded’ customers who want to get in your face about your company’s policies on certain ‘attire’ while patronizing your business…Good grief, it’s a miracle we have any restaurants left at all!

According to National Restaurant News, the food industry in the US in 2019 accounted for $863 Billion in sales; and in 2020 during the height of the pandemic sales accounted for approximately $659 Billion. That means sales dropped year to year by just under 24%, yet the turnover rate for 2020 according to QSR Magazine rose to a staggering 130.7%!

Which was an overall increase of 55% year to year vs 2019; but sales only dropped 24%. Something is not right here.

How can a billion-dollar industry have such a hard time staying staffed? I mean, everyone has to eat right? Food is one of those universal, utilitarian needs that not one of us can live without; yet the employees in the food industry are disregarded and horrendously underpaid. Why?

Well guess what, the pandemic showed them the door, forced their collective hands, and that is exactly what happened! So, how do you as an operator get them to come back? Why can’t you attract them or keep them once you get them in the door?

The chances that you as an operator can compete with the wages of a national chain down the block are slim to none. So, how do you get them in the door, then keep them with you once you do?

No, not a company car or an Amex card; but something, ANYTHING is better than what most think to, or do offer. Most operators, especially the burned out covid operating warriors of the past year; can tend to forget why they got into this business, and perhaps look past a team member’s needs and general wellbeing because they are to focused on the almighty dollar.

Doing this is hard, and I often used to say that sometimes there isn’t time for niceties and feelings in this business; but a few years into
my career, I learned a hard lesson. If on any given day I didn’t show up, but my team did; I knew all would be handled and the restaurant would operate. They didn’t need me to hold their hands.

However, if there was ever a day where I showed up and my team didn’t, well guess what? We can’t open, because I cannot do the jobs of 20 people; but 20 people can all ban together and figure out how to do mine without me being there. It was at that moment I realized that I was not there to be a boss, but a leader!

It isn’t rocket science, just don’t forget to be a decent human being and remember that though your business means the absolute WORLD to you, it is just a job to the majority of them! That’s a tough pill to swallow for some operators, but if you can choke it down; I promise you’ll be better off.

So, offer a free meal, discounts for their immediate family (in-house only), offer schedule flexibility, offer to allow them time to cram for tests. Work out a rotating schedule where everyone gets a weekend off each month, or even better consecutive days off which is rare and often unheard of in this business.

Create in-house competitions, take the tedious out of the monotonous tasks that have to be done. We used to have silverware rolling races, first one to hit their quota won a free meal, loser got a cookie.

Get to know your team, not just the basic things, but learn about their goals, their dreams, their families! If their mother is sick, you bend over backwards to let them get to momma, and you should know why she is sick from previous conversation and learn what hospital to send the flowers to!

It has been said time and time again, and it always rings true: Take care of your team, and let them take care of everything else! Remember, that they probably have ZERO intention of still working with you in 5 or 10 years, and that is OK!

Treat them like you work for them anyway, not the other way around. There is a term for it, it is fairly new, it is called Servant Leadership or being a Servant Leader. Meaning it is my job as your leader to prepare you for your role with the knowledge, skills, and tools needed to succeed.

If you fail at your job, it is because I as your leader have failed to prepare you or failed to show you how to succeed. Take the time to create P & P for your business as well as standards of operation, removing the guess work of how you want something done. Take the peanut butter and jelly sandwich analogy for example.

If you ask a typical person to explain to someone how to make a PBJ, it would more than likely be something like: get the bread, put the peanut butter on one bread, put the jelly on the other, then put the two together. It might work out…but chances are it will be a disaster.

However, if you are explicit and specific in your instructions by telling them the things you assume they know how to do…like take the
bread out of the bag, or take the lid off the jar of jelly, or use a knife to scoop the pb out of the jar, you will guarantee a better result and a happy manager and team member!

None of what I just listed costs money, save for the free meals; and this is certainly the absolute tip of the iceberg lettuce of the many, many, creative ways you can value and appreciate your team!

I was blessed with the opportunity to manage over 800 individuals in my time in operations, many of whom are to this day still some of my closest friends and allies! My turnover rate was more often than not the best in the area if not the entire company; usually hovering between 15-30% at a time when the national average was 87%.

If you succeed, you will get a team that will follow you through fire, barefoot, on broken glass, with a broken arm, and a dislocated middle finger! They may bitch and moan a bit, but every time you turn around; they’ll be right there to back you up!

This is Culture Building 101 baby, and if you can’t grasp that concept, send me a message and let’s talk it out!

NOW GO FIND SOMETHING LOCAL AND PUT IT IN YOUR BELLY!