Soldiers assigned to 1st Armored Division who have received the Master Gunner Identification Badge and their fellow noncommissioned officer supporters pose in front of the 1AD headquarters after a pinning ceremony Feb. 4. Master gunners help oversee and assess weapons-based training, providing a subject matter expert’s knowledge and expertise to commanders as they focus on their unit’s lethality and readiness. | U.S. Army photo by Pvt. Matthew Marcellus

FORT BLISS  – Excellence, knowledge and expertise were on full display as 18 Iron Soldiers from across 1st Armored Division were recognized with the newly implemented Master Gunner Identification Badge (MGIB), on February 4.

“It’s an honor to receive the MGIB and I’m very happy that I have received it,” said Staff Sgt. Eric Holubik, a recipient of the MGIB and an M1 armor crewman and master gunner assigned to 1st Battalion, 35th Armored Regiment, 2nd Armored Brigade Combat Team and native of Plainfield, Illinois. “I know there are a lot of Soldiers before me who are excited about the MGIB and deserve the honor too.”

The Army’s former acting Assistant Secretary for Manpower and Reserve Affairs, Raymond Horoho, initially approved the MGIB in January 2018. The process finalized in May 2019 and the badge is retroactive to 1975.

In order to qualify for the badge, Soldiers must complete one of eight master gunner courses specializing in a combat arms branch that trains weapon systems mastery, such as armor or field artillery.

“We had to prepare to become master gunners with the month long Master Gunner Common Core course which included basics like army machine guns and gunnery,” said Holubik. “Following the course, there are two months of training on specific platforms, which for me is the M1 Abrams tank. The instructors went in depth about gun tube technology, the fire control systems and the ballistics of different ammunition.”

Master gunners provide an essential skillset throughout the division, incorporating their weapons knowledge mastery with advanced training techniques to assist and advise commanders in the planning and execution of weapons-based training.

“The master gunner in 1AD is the commander’s subject matter expert on his respective platform, allowing any commander regardless of echelon to properly plan and train his company, battalion or brigade to a high level of proficiency,” said Master Sgt. Elidio Avila, the 1AD master gunner and native of Los Angeles. “Master gunners go above and beyond the normal duties and scope of their assigned Military Occupational Specialty. More will be asked out of the master gunner than his peers of the same rank.”

Effective training of Iron Soldiers provided by master gunners is a key component of 1AD’s capabilities and readiness, ensuring that 1AD remains a lethal fighting force able to engage and defeat any enemy.

“The master gunner in an armor unit will plan and train from individual weapons qualifications to collective qualifications for all echelons of training,” said Avila. “As to where a light unit trains on the same weapon systems as any other unit in the Army, the armor unit has special areas of emphasis that only master gunners can develop, train and certify.”

As 1AD continues to train and increase their combat readiness and effectiveness, master gunners from across the division will play a vital role in ensuring their Soldier’s success in the future.

“We will make sure that everyone in our unit is up to the task,” said Holubik. “They will be ready to deploy and engage the enemy in a moment’s notice.”

The value and necessity of master gunners has been recognized across the Army, resulting in a greater emphasis on their training and viability as advisors.

“Master gunners across the force are being strengthened to build lethality in our armored units,” said Avila. “The current priority of the Army is to grow the population across all echelons of master gunners and create a more structured and stable career path for the master gunner.” 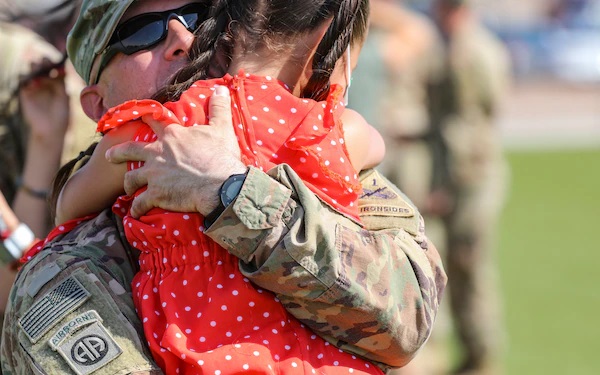