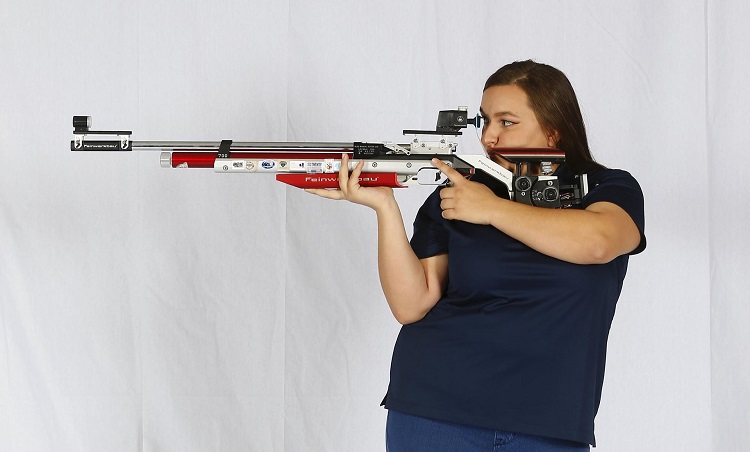 Freshman Isabella Rios shot a Miner-best in the air rifle with a 585 on day two. | Photo by Ruben R. Ramirez UTEP

COLUMBUS, Ohio – UTEP rifle fired a 2315 in air rifle Sunday morning in Columbus, Ohio, placing them fourth in the field at the Patriot Rifle Conference Championships with an aggregate 4552.

Freshman Isabella Rios shot a Miner-best in the air rifle with a 585 on day two. Redshirt freshman Isabel Brooks followed her 567 performance in the smallbore yesterday with a 577 in air rifle. Brooks owned the highest UTEP aggregate on the weekend with a 1144.

TCU’s Stephanie Grundsoe captured the individual air rifle title (599) after taking the smallbore crown on day one. She is the PRC’s individual title winner with an aggregate 1191.

UTEP rifle will stay at home the next two weeks in preparation for the NCAA Qualifier on Feb. 20 held in Fairbanks, Alaska. The Miners had no individual qualifiers last season.